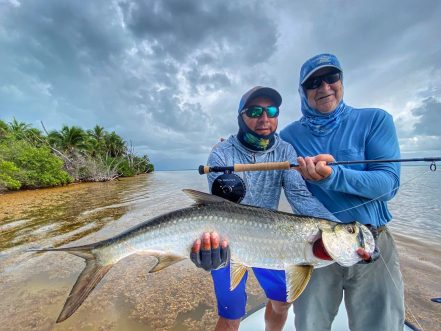 Welcome to the Caribbean!!!

We are back after a short vacation where we have done work at the lodge to improve the comforts and experience of our guests.

We started this second part of the season in excellent fashion, good weather, a little cloudy the first few days, but little wind and very active fish in the bay.

This first week we welcomed old friends Billy Trimble, Eric Kern, Jon Olch, David Murrel, Harold Parrish and Jay Forrest who visit us every season and some of them more than once. 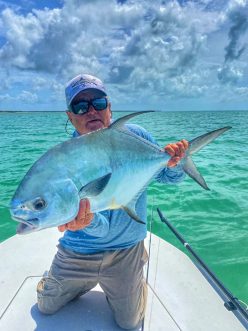 To say that the start of the week was good is perhaps an understatement. Despite the low visibility at long distance because of the clouds, all our fishermen saw and had chances at elusive permit and several catches were recorded on the first day!

David had a great week landing four beautiful permit with the assistance of Jesus and Alex, while his fishing partner for the week Eric also landed four permit with the help of Pepe and Alex.

Billy had an epic week hitting 14 permit, yes you read correctly fourteen, as well as a super grand slam and three grand slams alongside Alex and Jesus. Without a doubt, a week that will go down in history. 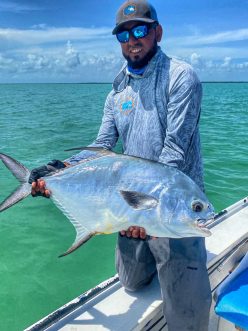 Harold closed out his week with five permit, with Alex as his guide.

Jon, who knows everything there is to know about permit, focused all week on this species with an impressive nine to hand. This impressive number was achieved with the assistance of Alex, Jesus and Fernando as his guides.

For his part Jay closed out his week with three permit (with Jesus and Alex) as well as catching all the spices in the bay. I think if he had wanted to Jay could have landed manatees, dolphins or crocodiles – super fishy man! 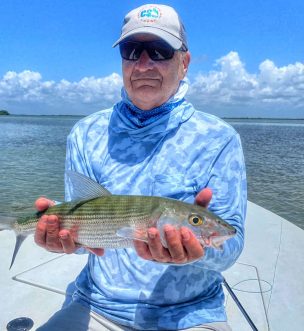 As you can see, it was an epic first week, full of stories and anecdotes, great conversations and laughter.

We closed the week with a total of 39 permit between 6 anglers, which brings our season total to 368 permit with 157 guests!

This week the most productive fishing areas were Rios 1 and 2, Casitas, Bolla Roja and Tabasqueños, Thanks to good weather and little wind, we were able to travel from one point to another in a short time and almost fish the entire bay in a single day.

Flies
It seems that the break we had during the month of July caused the fish to miss our flies.

The Permit did not reject the imitations of crabs presented, ESB Yellow Eyes Raghead and White House were the most used.

Although the Tarpon and Snook were not the most pursued species by our guests, EP’s baitfish imitations were the most profitable option. 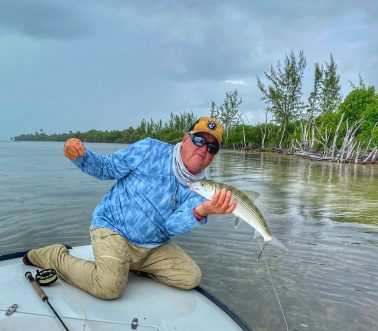 Weather
Although as I mentioned at the beginning of this report we started the week with cloudy days at times, the winds were between 8 and 9 mph from the East were more than pleasant for fishing.

About the middle of the week, we had a storm with abundant rain that made the fishing day end earlier than expected.

The tides behaved stable, with rising and falling somewhat predictable due to the little action of the wind on the bay and the water conditions were clear.

For the second half of our season, all our guides and staff returned with their batteries fully recharged and with the same goal as always, to give our guests the best possible experience. 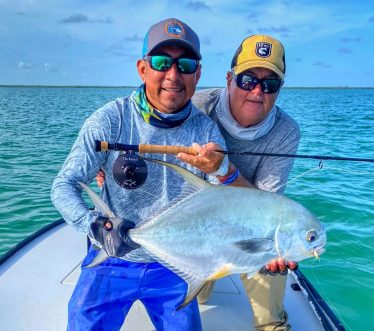 Freddy, Pancho, and Emanuel are really doing an excellent job to make everything work and surprising our guests every day.

Our Chef Luis and his new assistant Angel are raising the level of our typical Mexican and Yucatecan cuisine even more.

Isabel and Carlo have proven invaluable in running the operation making the impossible, possible. 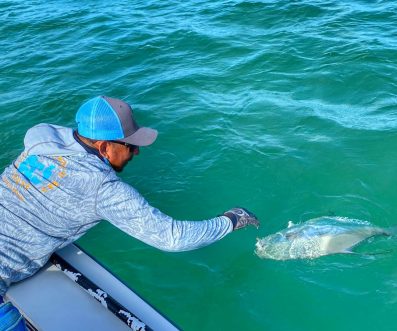 See you next week with a new report and do not hesitate to contact our friends at The Fly Shop so they can tell you first-hand what life is like at Espiritu Santo Bay Lodge, and the Sian Ka’an Biosphere Reserve (which means “Where the sky begins”, in the Maya language) 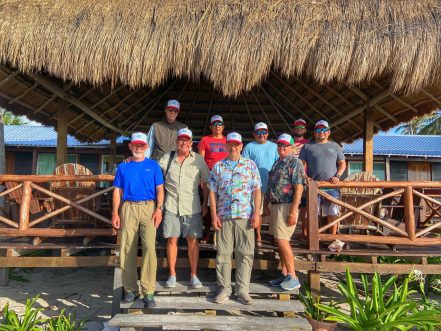