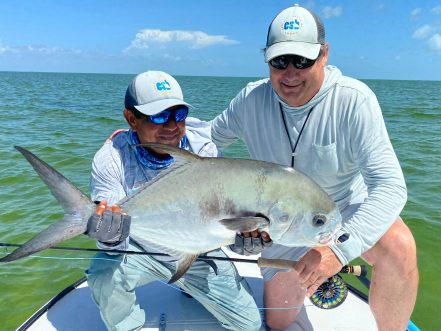 We’ve enjoyed another beautiful fall week here at ESB Lodge.  What we might lack in a seasonal leaf color change was made up for with great weather, cooler temps, and one of the nicest weeks we’ve had here in the last month or so.  I have been patiently waiting for better fishing conditions and the timing couldn’t have been better for our group of guests.  All returning guests, familiar names, and just a great annual trip with mutual friends.  Returning names Smith, Wiseman, Feucht, Vincent, Honeck, and Bone were in the lineup.  ESB has had the pleasure of hosting the group since 2018 and we’ve also had Kevin Vincent down here more times than one can count.  Drinking and fishing is the motto and an ongoing theme with the group.  Countertop space in our bar becomes a rarity with magnums, handles, bottles, all touted along to lubricate a week of fishing.  Being from Texas they are well versed chasing Redfish on their home flats and are experienced flats fisherman.  Dinner’s start out at a polite volume with a crescendo that tips the scale to a dull roar.  Good natured fun, discussions, and jokes made me laugh every night and it’s humbling and impressive to have created something that house a group of friends that can enjoy a wonderful place.  With better weather and solid fisherman, the group was able to land plenty of fish and have countless opportunities. 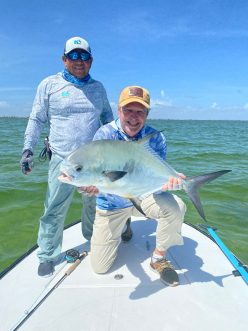 FISHING:
As I mentioned we finally shook a three-week trend of less than ideal conditions.  It wasn’t perfect, nor easy, but manageable by any stretch of the imagination.  Permit have shown up out of the deeper water and were found scattered throughout the system.  We saw plenty of fish and the group had plenty of shots.  Some boats saw more than 50 fish and smaller schools to singles and double moving through.  They’re still acting nervous, or flighty at times and we had some head scratching going at times with fly selections.  I think they broke out of their bad weather spell but were still tentative on commitment.  It’s maddening and heartening at the same time.  A serious permit fisherman is a strange breed.  Good days are measured at times with number of fish seen with good casts, and x number of follows.  At least every day a boat or two had a “good permit” fishing day.  Outside Ensenada running along the coast towards the river systems held fish.  River 4 and in the first couple hundred yards of river 5 held bigger fish that were swimming a fine line from leftover freshwater.  I thought the freshwater was going to shut us down for the week which it didn’t.  Back in river three, our largest river system held more fish in the way of singles and doubles.  Back to the southside in Los Pinos and red buoy held schools.  Parallel to Tabascanoes and river 4 we had schools hanging in deeper water with an outgoing tide.  Vince Wiseman and Jeff Honeck had an awesome first day with guide Fernando and each landed a grand slam.  The permit were big and a job well done.  Kevin Vincent and Brandon Smith hung out on Victor’s boat the first day and stalked around river 4 and 5.  While they were enjoying lunch, permit started moving out from the river systems and they landed three big fish.  Brandon had another day with guide Jesus and tapped 4 smaller fish from a school.  Kevin Vincent and Jeff Honeck had another day with Alex and they tallied 11 along with a super slam for Kevin.  KV had a hell of week landing 9 permit total.  He also had success with a floating crab with permit munching smaller crabs in the upper water column.  This is something most anglers do not have the chance to see and when you are able to capitalize and “match the hatch” it’s one of the most iconic moments for any serious permit hound.  Ralph Smith and Andre Feucht also mentioned seeing permit crashing on crabs their last day out with Alex.  Ralph noticed and Alex mentioned to me later the crabs were smaller, maybe a #4 and were mostly white with a lighter tan barring.  Both were able to get their permit for the week and Andre rounded his day out with a grand slam.  Henry Bone also landed his permit for the week the last day with Fernando.  The group had an impressive 3 grand slams and one super slam. 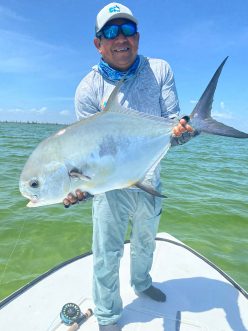 Group total for 8 anglers was 24 permit landed in 6 days of fishing.  This takes our season totals to 464 permit with 230 guests.

With the number of slams that meant we had a perfect tide that was higher in the morning but dropping in the afternoon.  This gave way to some decent tarpon fishing and our usual haunts on the northside are holding fish and we have good access to them.  Everyone at some point during the week frequented the “sunken boat” lagoon on the northside, small creeks that drain into Ensenada, and my favorite mangrove island in river 1.  River 3 saw plenty of tarpon and there were also a few scattered throughout the Rio Loco’s system.  We tried our Tarpon cut at the entrance to the bay but after Monday a north wind made it choppy and exposed.  Snook started showing up in decent numbers along the northern shoreline close to the next fishing village.  We also had them in river systems 2 and 3.  They were ornery and carried the stubbornness we seem them display where 5 fly changes seem to only annoy them and they move on to find protection elsewhere.  We’re at the beginning of our fall snook runs and hopefully with some more north winds and a lower tide they will become more susceptible to charge a fly.  Vince and Tom had a wonderful day where they cracked a code and got numerous shots and landed a few snook. 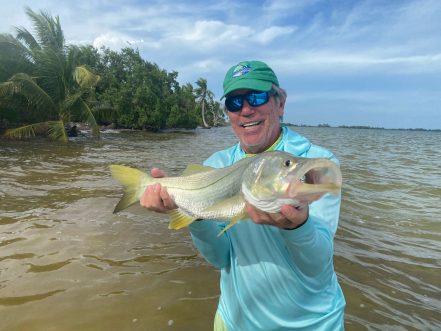 Bonefish are around and we are also starting to see a fall run of bigger bones show up on the northside.  These fish seem to be different than ones we usually catch in the bay.  Lighter color hues with more silver to them and generally bigger.  I have no idea where these fish reside other times of the year except deeper water, and we are not quite sure what makes this annual migration tick the way it does.  They are impressive and move up a weight class or two.  It’s nothing short of world class chasing these fish, they’re eager to eat, forgive bad casts, and tear up skinny water.

Cudas are out and about per usual and for the angler wishing to chase these apex critters they’re around.  Everyday Tom Smith grabbed a cuda or two between sips and terrorizing tarpon and snook. 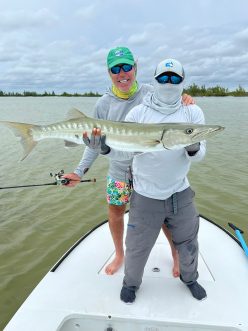 FLIES:
It seemed like all 24 permit were landed on 24 different flies.  We couldn’t hone in one particular pattern.  A proper star alignment and juju contributed for the luck of a particular pattern.  ESB crab with yellow eyes, spawning shrimp with and without yellow eyes, raghead with silver eyes (Casa Blanca raghead) smaller floating crabs (personal ties) and a Squimp all hit permit for the week.

Bonefish ate everything from an EP baitfish to a #6 supreme hair shrimp. 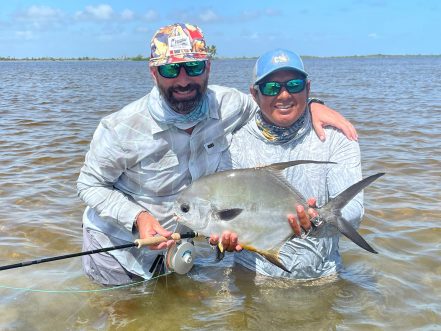 WEATHER/TIDES:
Weather for the week was mostly pleasant, lighter north winds with mixed clouds and sun.  Tide was incoming in the am and started to drop early afternoon through 5 pm

Chef Luis knocked it out of the park with more delicious dishes.  Excellent fish, ceviches, soups, and a lava cake to die for was in store for last weeks guests.  Emmanuel, Freddy, and Pancho kept the property up and running and made sure everyone was comfortable and adequately taken care of.

We’ve got a fun week lined up for us the next 6 days.  Guests scattered from all over joined us yesterday.  Spokane, Reno, Naples, and Germany are home for much of the group and it’s a great mix of returning friends.  Mike Hostetler is back for his second annual ESB trip and we have Ron Hagan joining us for his umpteenth trip to the Yucatan.  Weather looks a little breezier but still a fair amount of sunshine and I’m sure we’ll have plenty of fishing stories to share before the week is up.  If you have a moment, make sure you check in with our friends over at The Fly Shop to inquire about this special place.  They’re standing by ready to help you or lend a hand for your next fishing adventure.  Get outside, enjoy the cooler weather, and make sure you check in with us for the next report. 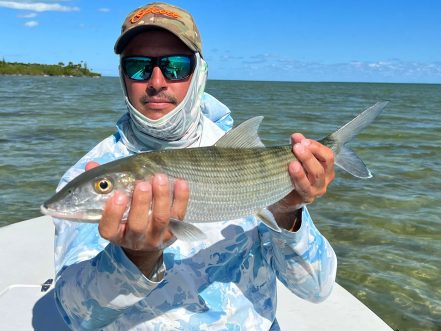 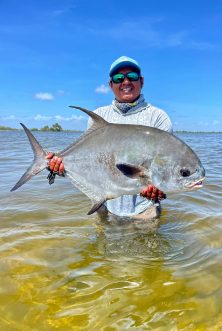