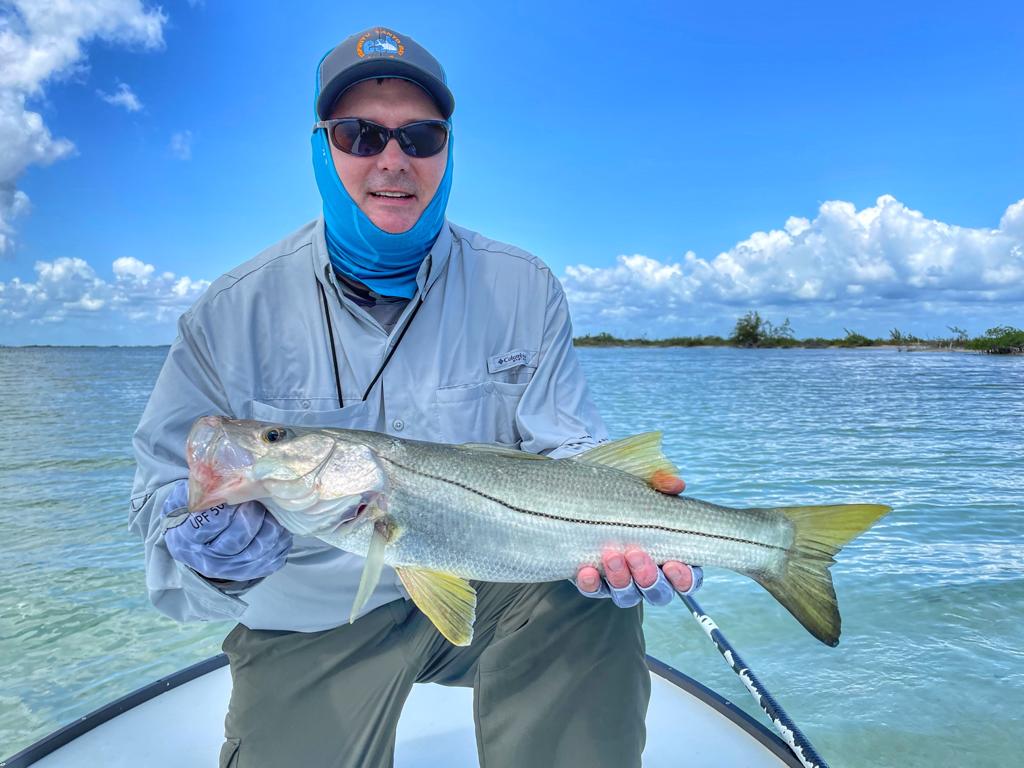 The weather and good fishing continue to accompany us. We started the week with light easterly winds that increased a bit towards the end of the week, which created excellent conditions to search for the precious permits in all environments of the bay. 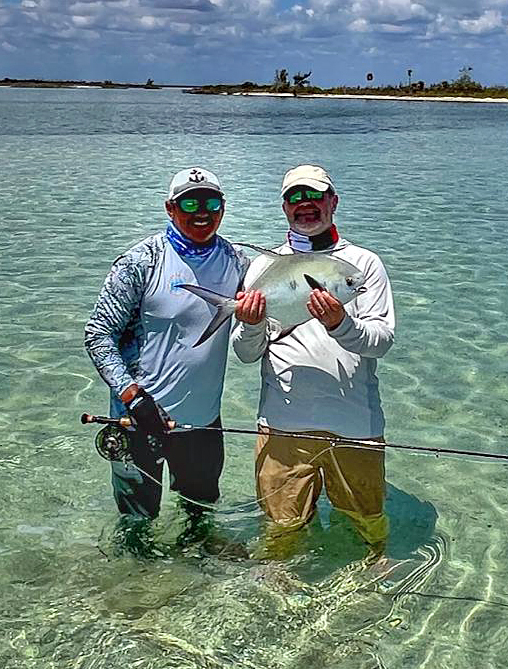 Early in the week Harry landed the first three permits of his life and Rick landed one more, both with the invaluable help of Fernando.

Chris, on his first trip to ESB, landed two grand slams in one day, yes my friend you read that correctly, he landed two bonefish, two tarpon and two permits, guided by Victor. Wow!!

While Harry, continuing his winning streak, added one more grand slam to the day, accompanied by Pepe. 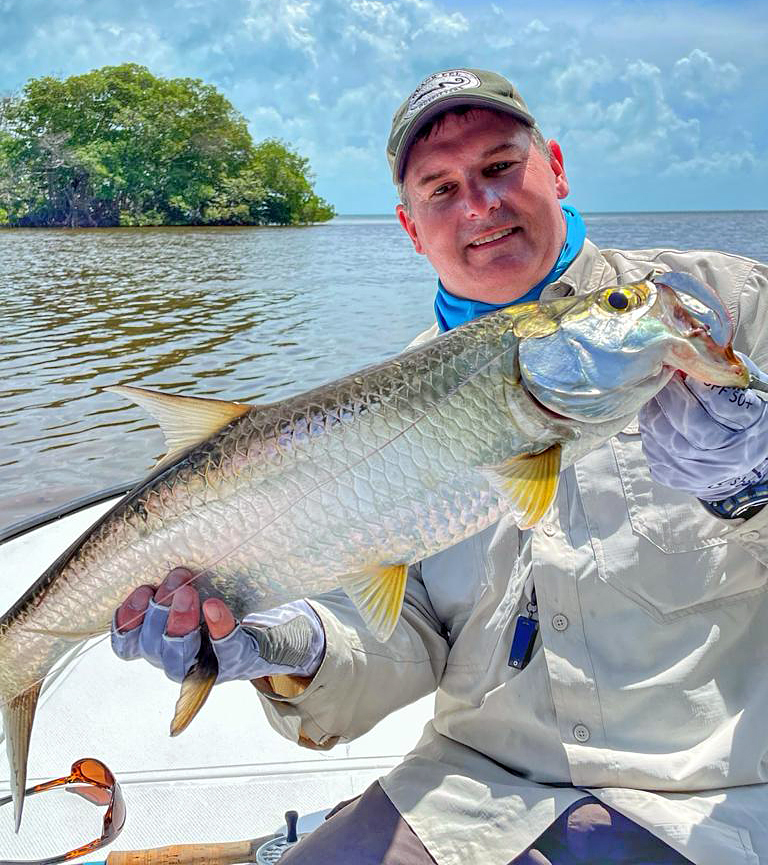 As a good person who is passionate about numbers, you have probably already done the math, but if I don’t spare you counting on your fingers or using your phone’s calculator, there were twenty two (22) permits landed in total.

Enough for most of our guests to invest the last two fishing days this week in search of the other species of the bay, triggers, groupers, barracudas, the inevitable bonefish, tarpon and snook had their leading role in the photos of our fishermen.

We close the week with a total of 22 permits with 8 anglers, which brings our season numbers to 234 permits with 90 guests!

Special mention should be made of the 50-inch, 30-pound barracuda landed by Mike Formichella, assisted by Fernando, and the gigantic Snook weighing more than 20 pounds, landed by Harry, also guided by Nando. Fish that we will remember for a lifetime.

The canal system of the Rio Cinco continues to be a good place to find Tarpons, being a very solid environment in terms of numbers and sizes.

Rio Tres, Rio Tres ½ and Rio Loco were very consistent in finding various species such as Snook and Bonefish.  The largest concentration of Snook was seen in the Laguna Roja.

Large numbers of Tarpon were found in the Rio Uno system.

In short, the fishing is excellent throughout the bay. 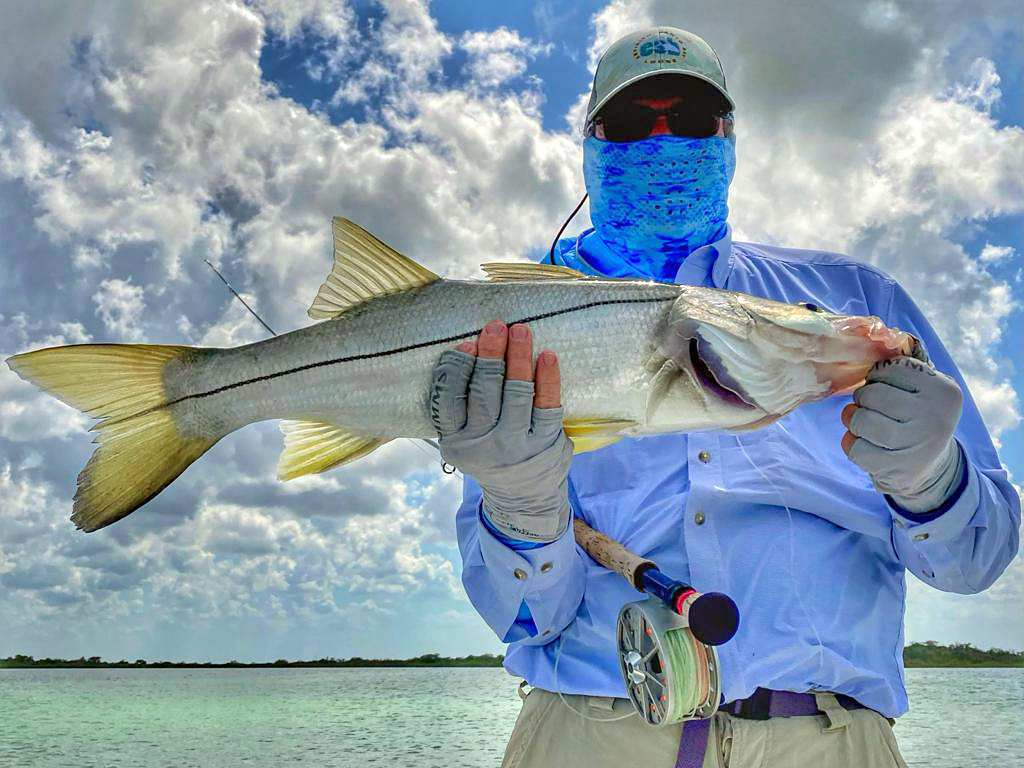 Weather
Winds from the east were light the first three days of the week, with speeds varying between 6 and 9 mph, on the fourth day they rotated slightly to the northeast and increased their speed between 14 and 21 mph during the rest of the week.

The unpredictable tides were kept higher by the effect of the wind from the middle of the week, benefiting the snook that hid in the mangroves.

Only a few drops of rain showed up this week, so the rain jackets didn’t make it out of our guests’ backpacks and bags.

Flies
Most of our guests this week are great tyers and have tried their creations with great results. The permits literally destroyed the usual imitation crabs, casa blanca, flexo, in colors ranging from white to light brown.

The Tarpon and Snook seem to be on EP’s “pro staff” because they didn’t hesitate to attack their baitfish imitations. 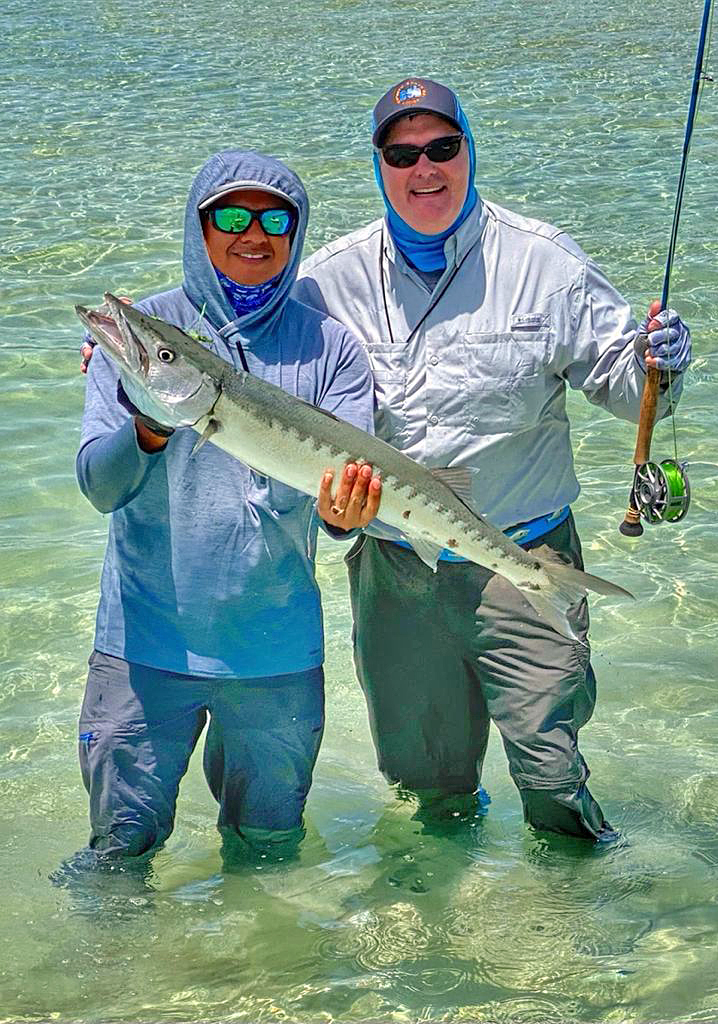 The Barracudas are blindly in love with poppers worked quickly and some imitations of needle fish with a double hook in tandem linked by a steel cable, tied by our guests who did not have any resistance from the barracudas that attacked them mercilessly.

Our chef Carlos, together with the sub chef Luis, continue to impeccably run two kitchens, astonishing guests and staff alike. Believe me, keeping the lodge staff and guides well fed is no easy task.

This week we launched a buffet dinner, on Saturday night, where Carlos and Luis prepared, fish tacos, chilaquiles, charro beans soup, pibil chicken accompanied by a wide variety of sauces and side dishes that was a success and received the applause of our guests.

Freddy and Emanuel are back to give Pancho a few days off so, as always, those who visit us are guaranteed a comfortable stay. 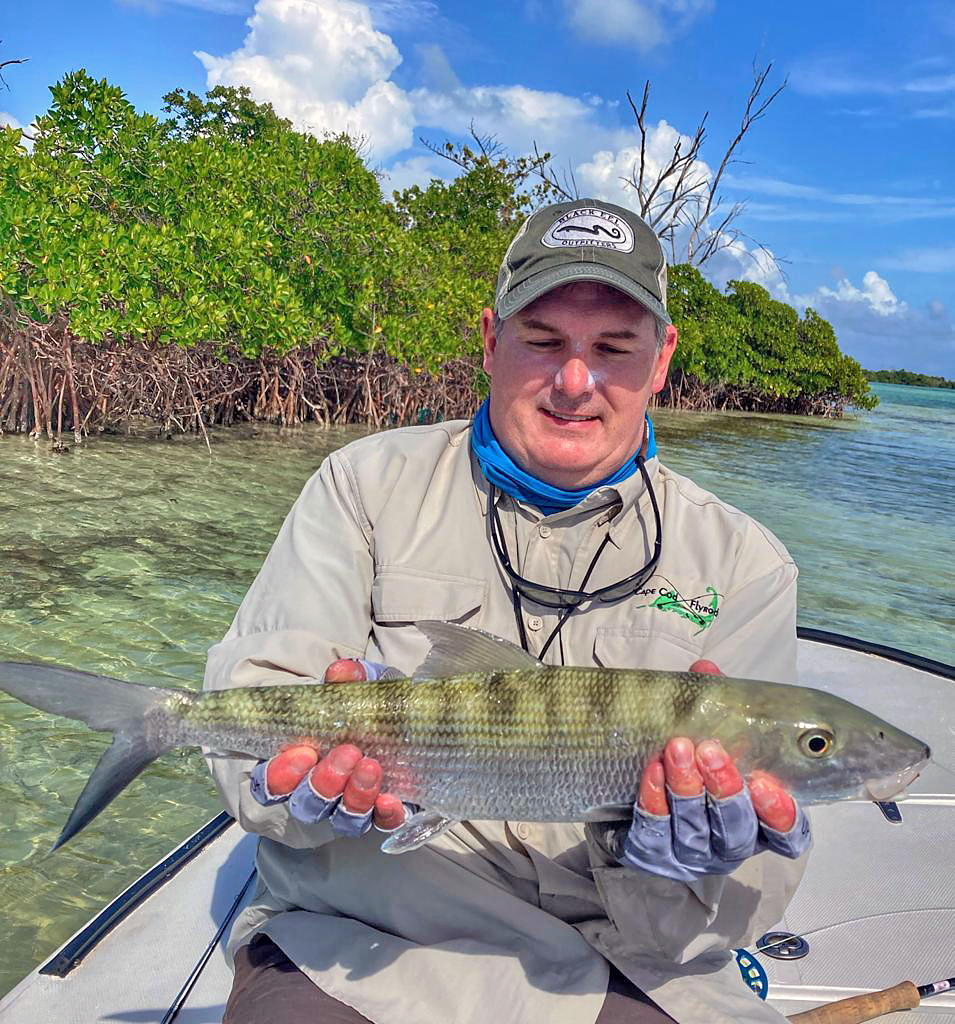 Isabel and Carlo, who run the lodge with me this season, do an incredible job, as we say in Argentina, “drawing water from the stones” so that every week we have the freshest products and everything we need.

We are very excited to welcome our new seven anglers for this new week starting on Monday. If you are thinking of living with us for a week of fishing in the paradise of the Caribbean flats, kingdom of the grand slam, do not hesitate to ask our friends at The Fly Shop who will explain what the ESBL experience consists of.

I’ll wait for you next week with a new fishing report, hopefully full of great emotions and adventures.