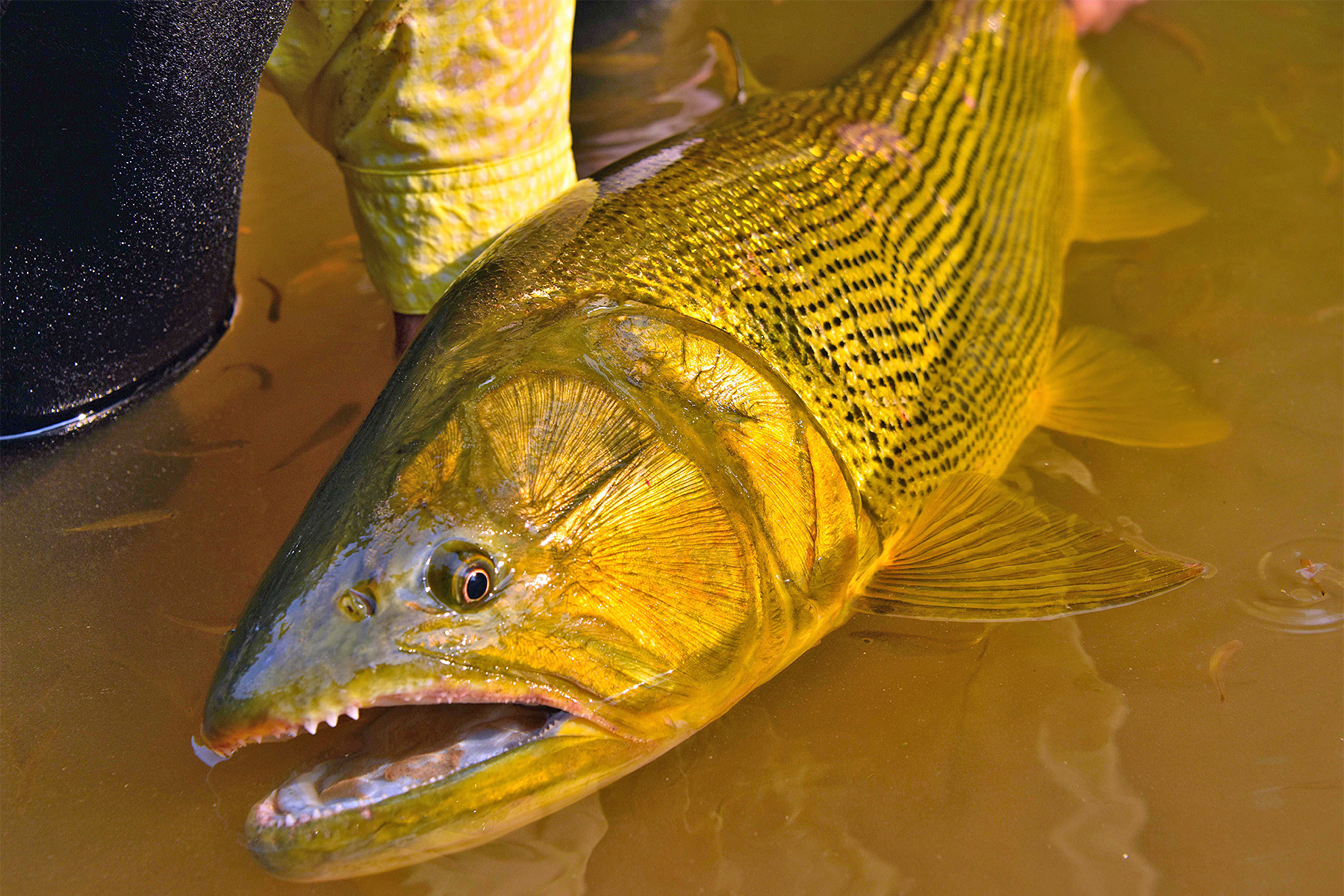 The Golden Dorado (Salminus maxillosus or Salminus brasiliensis) is a large river fish that lives in South America. Despite having Salminus in its name, the dorado is not related to any species of salmon, nor to the saltwater fish also called dorado.

Dorados are piscivores, eating a wide variety of prey fish. One of the dorado’s favorite prey are sabalo, a type of schooling fish typically 1-4 kg in weight. The Dorado is highly sought-after by anglers, both for its delicious taste and fighting ability. It is, however, extremely difficult to catch. The aggressive nature of the dorado, its high jumps, and great fighting strength and stamina have created a great competitive market among anglers from all corners of the world, traversing South American waters in hopes of hooking a dorado.

Dorados On The Fly 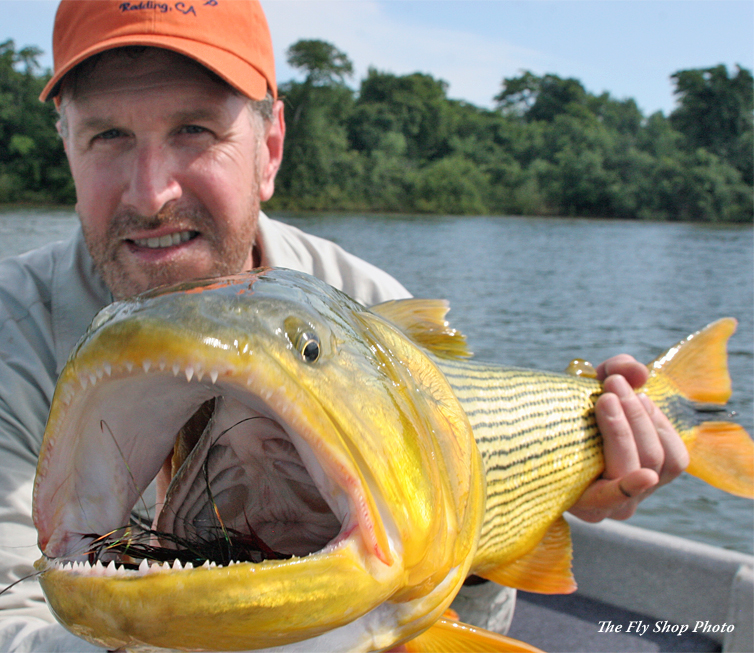 Dorados on The Fly, owned by Ricardo "Pinti" Pinto is an exciting new dorado fishing destination on the upper Parana River, located near the small fishing village of Ita Ibate, in Northern Argentina province of Corrientes. Pinti is a...
Read More... 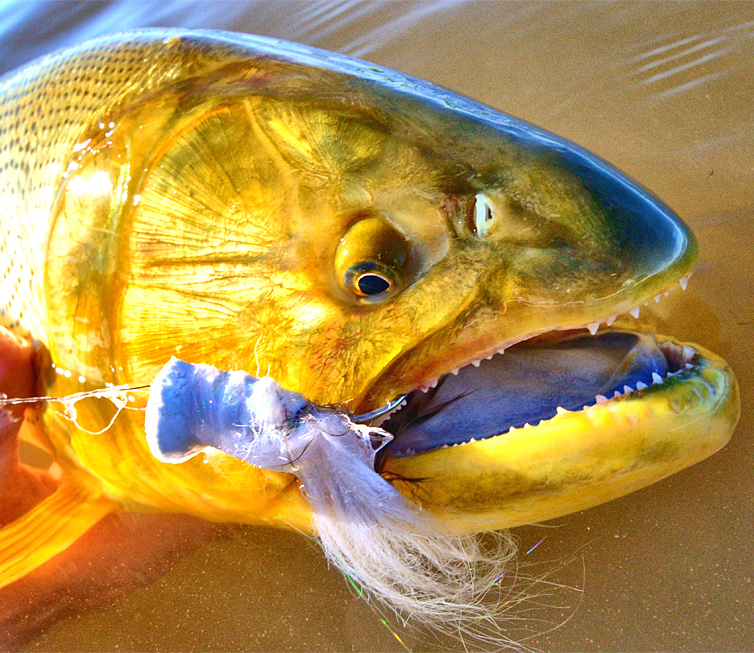 Golden Dorado Cruiser is a new Dorado fishing program that utilizes a mobile mother-ship to keep anglers into the prime water throughout their fishing week. This is an exciting new Dorado fishing destination located on the Parana Delta...
Read More... 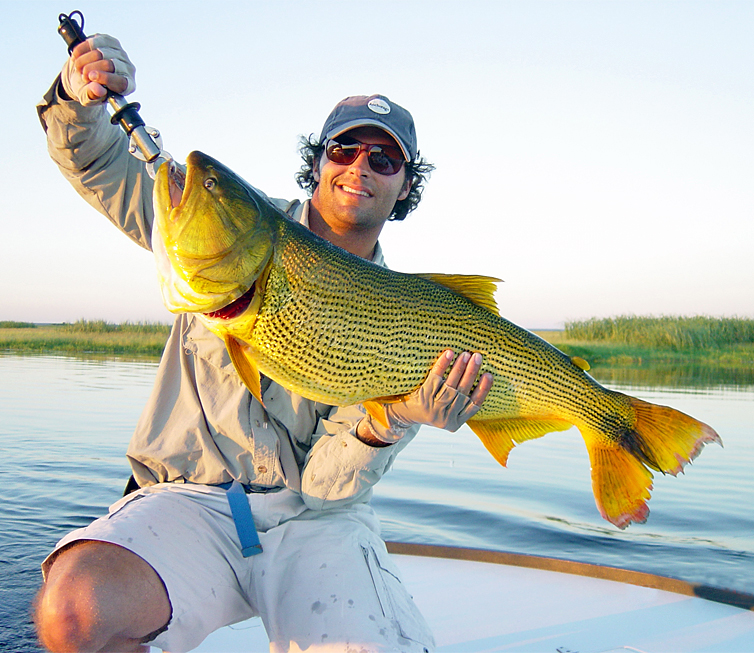 There are probably half a dozen destinations in Northern Argentina that offer great fishing for Dorado, but recognized as one the best and most deluxe is Pira Lodge, located on the southern shore of the Ibera Marsh. This is a world-class...
Read More... 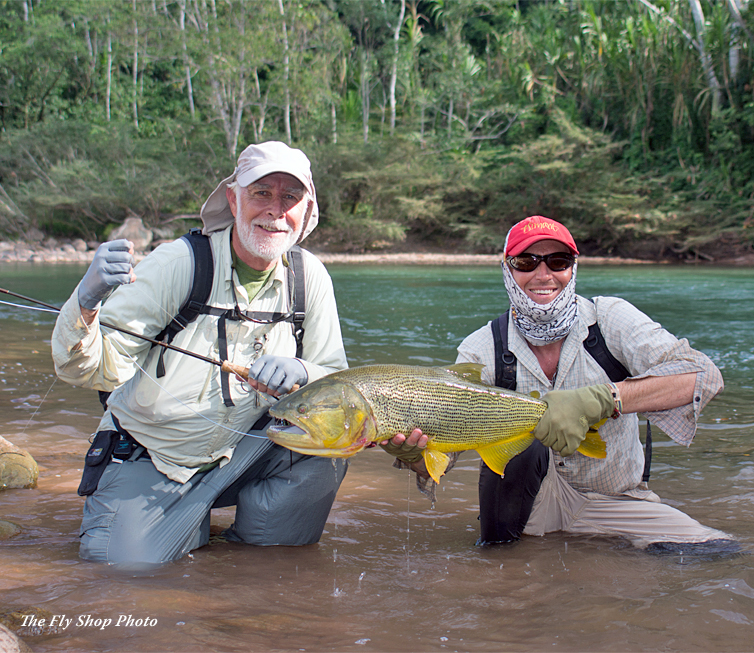 Like streamer fishing in a freestone river for tarpon on steroids, Tsimane blends, like no other destination on Earth, the best aspects of fly fishing: sight casting, freestone wading, floating lines; majestic sceneries, mountain rivers with clear...
Read More... 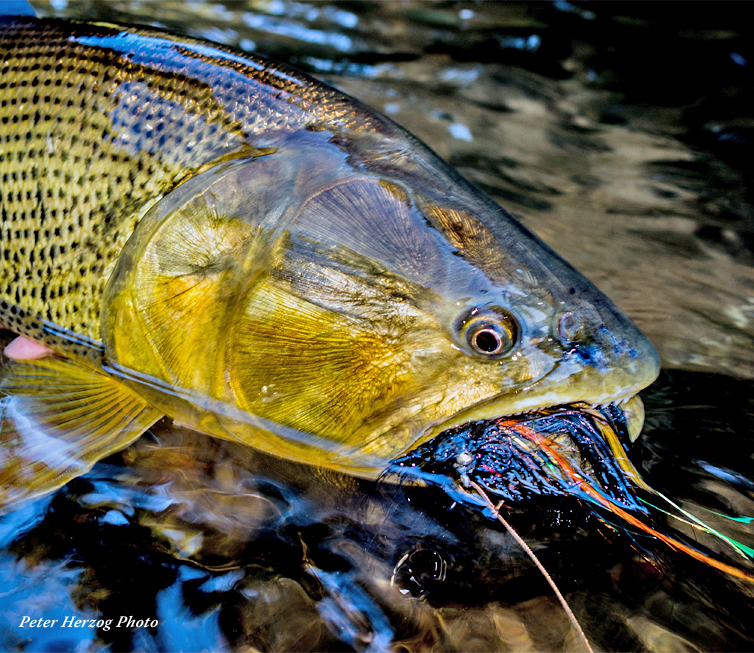 Tsmiane boasts incredible numbers of two species of Dorado up to 40 pounds. Pirapitinga, Amazon Pacú up to 25 pounds, and Yatorana, pound for pound, one of the strongest species swimming in freshwater. Sight fishing isn't just a possibility,...
Read More... 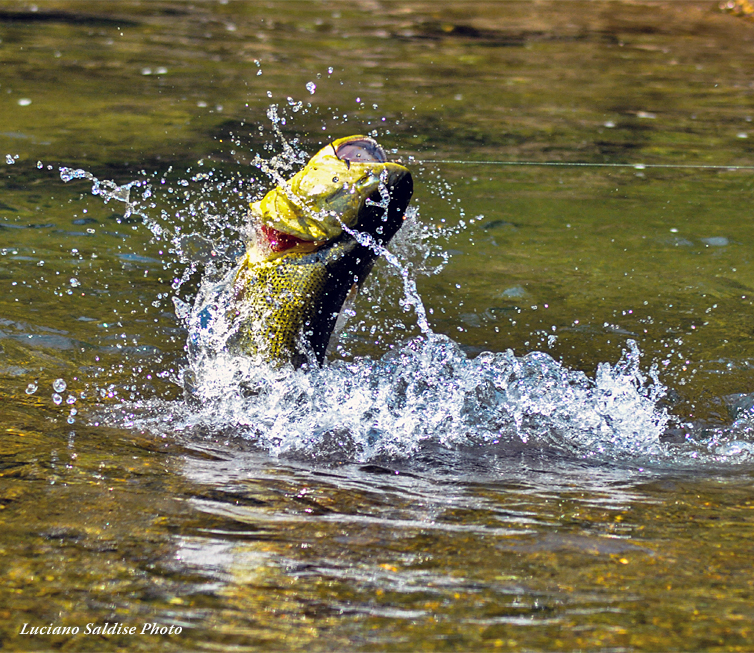 Anglers will set off every morning in locally constructed dugout canoes, specially developed for this environment and led by an expert dorado fly-fishing guide and two native assistants from the local Tsimane tribes. Indeed, the interaction with...
Read more...