Belize is a small English-speaking country in Central America, bordered by the Caribbean Sea to the east, dense jungle and mountainous terrain to the west, and just over a two-hour flight from Houston or Miami. The coastline of this Caribbean nation stretches a total of 170 miles north to south, is home to the world’s second largest barrier reef (185 miles in length); and a short boat ride from the mainland, providing protection for the nearly 1,000 square miles of pristine flats and around 450 cayes (pronounced “keys”). Belize is one of the most prolific saltwater fly fishing destinations in the world, with strong populations of bonefish, permit, tarpon and snook, along with jacks and barracuda. Belize is what we call an “opportunistic fishery”; multiple fish species can be encountered at any time on the water, multiple rods each rigged differently should be carried. 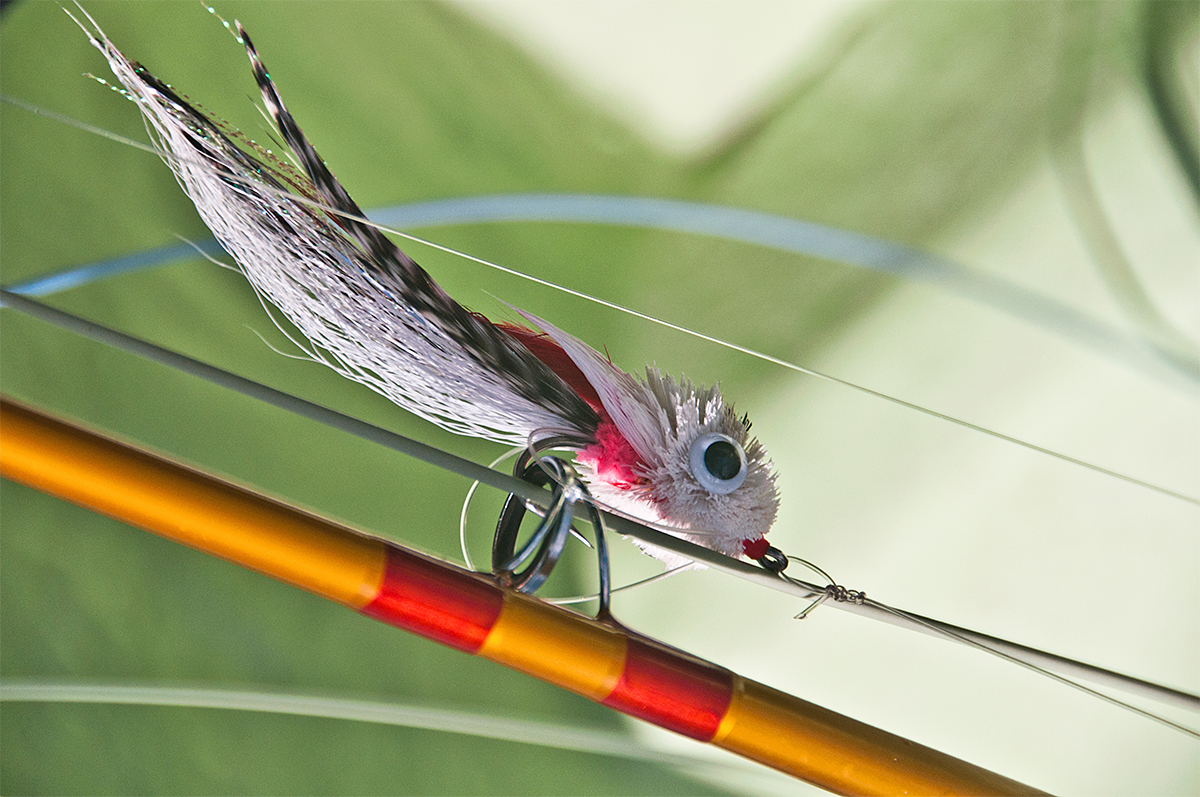 Belize is one of The Fly Shop’s favorite flats fishing destinations for anglers looking for: shots at multiple species, easy travel to and from, no language barrier, and an absolutely gorgeous Caribbean landscape. We also like the fact that Belize has aggressively pursued sustainable tourism and enacted many progressive environmental protective measures, including banning gill nets, protecting bonefish, tarpon and permit with a national catch and release law, as well as banning single-use plastics like plastic bags, Styrofoam, and single-use cutlery. Tourism in Belize represents 40% of total export of goods and services, 18% of their GDP, and creates tourism connected jobs in excess of 15,000. Belize takes care of its people and the environment so that we can enjoy it. We like that!

Best flies for Belize:  Being a multi-species destination, the list of flies can be a bit overwhelming, but if you break it down by species, the list is quite short. 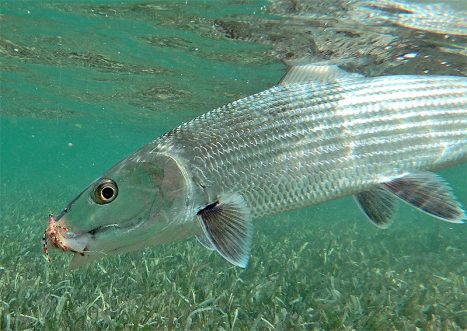 Bonefish:  Bonefish in Belize are not big, averaging 3 pounds, with smaller fish common, and a really big bone would be 7 pounds. But what they lack in size they make up for by the sheer numbers. Bonefish live in inshore tropical waters and move onto shallow flats to feed with the incoming and outgoing tides. Adults and juveniles may school together, and they may be found as singles, in pairs or in large schools. Belize is a perfect destination for someone new to bonefishing who is looking for multiple shots each day to help refine their game. Blow a shot, no big deal, you are going to get 10 or more in the next hour. 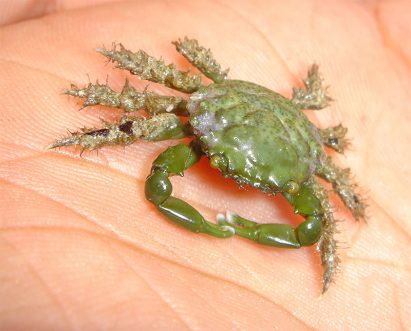 Permit:  Permit in Belize run from 6 to 25 pounds on average, with smaller and larger specimens landed. Permit are usually found in shallow waters where they are approachable, such as mud-bottomed flats, sand flats, coral flats, and channels. Permit are usually seen as individuals or in small schools, sometimes cruising the deeper flats or tailing in very shallow water. Fishing permit is not easy and not a numbers game. If you are lucky enough to land a permit on a fly, you should count your blessings and tip your guide well. Belize has a very healthy population of permit, and you will definitely see them while fishing and get shots at them. 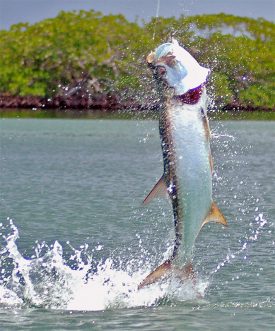 Tarpon:  Tarpon in Belize come in two varieties, resident and migratory, and their size can range from 5 to 80 pounds with a few in the 100 pound category or larger. Migratory tarpon range in size from 80 pounds to over 175 pounds. Tarpon are found in both saltwater and freshwater habitats and are able to survive in brackish water, waters of varying pH, and habitats with low oxygen content due to their swim bladders, which they use primarily to breathe. They are also able to rise to the surface and take gulps of air, which gives them a short burst of energy. Tarpon are beasts on a fly rod, extremely strong, and the only fish on a fly that makes our knees shake! 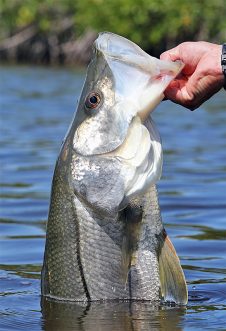 Snook:  Snook average in size from 8 to 15 pounds in Central Belize, with smaller and bigger landed frequently. Snook live in shallow coastal water estuaries and lagoons and often move between saltwater to freshwater. Snook feed on smaller baitfish, shrimp and baby spiny lobsters. Snook are considered opportunistic predators, and studies show a positive relationship between their size and the size of their prey, meaning that as snook grow, they feed on larger and larger prey. Interestingly, snook are protandric hermaphrodites; they are all born as males then some develop into females between 1 and 7 years of age or approximately 22 inches.  Snook are tackle busting apex predators and a terrific sportfish to pursue in Belize — just be ready for a battle! 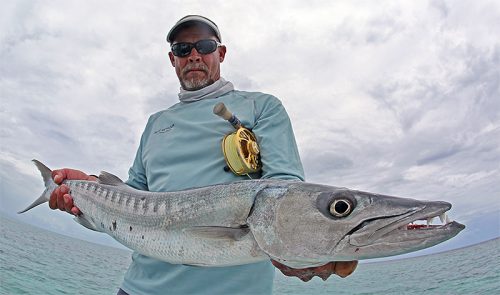 Barracuda:  There are 18 different species of barracuda in the tropical and subtropical waters of the Atlantic, Indian, and Pacific Oceans. The great barracuda is a solitary predator and is found in the bluewater, along the barrier reef and flats of Belize. The great barracuda has a long,  slender, and streamlined body, covered in tiny scales with a hard bony skeleton supported by strong muscles, all of which propel them through water at great speeds, clocked at close to 40 mph. Barracuda, which can grow up to 6 feet long, are often overlooked by flats fishers, but we can tell you from experience, nothing strikes or sets off on a greyhounding, leaping run like a ‘cuda. They have saved many a day on the flats when other species are tough to find or uncooperative. 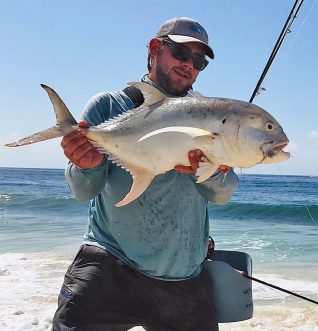 Jack Crevalle:  Jack crevalle are wide sided with a blunt head with a black spot on the rear edge of their gill cover with hard scutes forward of sickle-shaped tail. They can range in size from 1 pound to 40 pounds, but most Jacks we encounter in Belize will tip the scales between 5 to 15 pounds, with the occasional fish in the 20-pound class. Few fish can out-pull a Jack crevalle of equal size. Jack crevalle are aggressive feeders and found on the inner and outer edges of Belize’s barrier reef as well as on the flats. The fight of a Jack is unspectacular but dogged, usually composed of a long first run followed by waging a tug-o-war as the fish uses its broad sides as a plane to resist the angler’s pull. Jacks love to eat poppers, are tons of fun to hook and catch, and pull like a freight train. 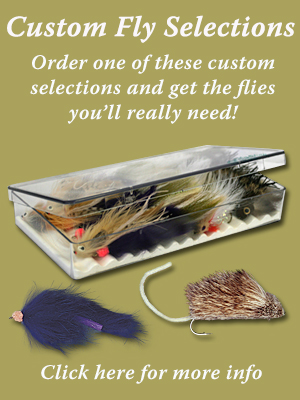 Fishing Report June 19 – 26, 2022 Welcome to the Caribbean! We have experienced a beautiful week at ESB Lodge;… Read More »

Fishing Report June 12 – 19, 2022 Welcome to the Caribbean We had an excellent week with guests who not… Read More »

Fishing Report May 29 – June 05, 2022 Welcome to the Caribbean! This week the weather was the main protagonist,… Read More » 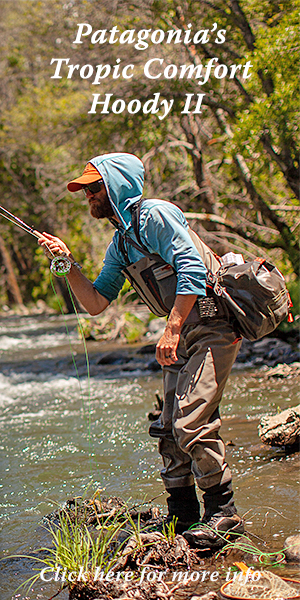 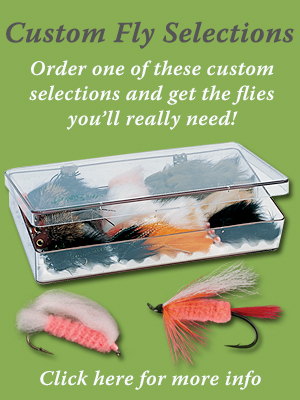