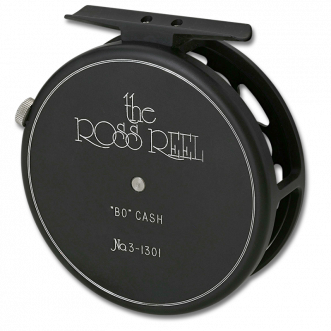 Ross Reels is getting back to its roots! Ross Reels has been an important part of the fly fishing landscape since their first reels came out in 1973. Aerospace engineer Ross Hauck founded Ross Reels in Etna, California, later moving the company to Montrose, Colorado, where it is today. Hauck perfected a number of industry standards in his tenure at the company’s helm, including the market’s first reel machined from aluminum bar stock. The result was one of the most durable fly fishing reels ever to hit the market. The original reels were fairly basic by today’s standards, even in the naming of the reels – Freshwater: RR1, RR2, RR3, and RR3.5 (prices ranged from $150-170); Saltwater: RS1, RS2, and RS3 (prices ranged from $310-365). 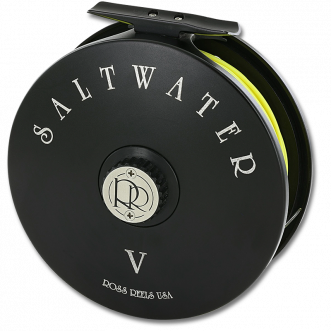 Over the years, 3M, Scientific Anglers and Orvis each owned the company. But in 2012, Orvis sold the company to Colorado’s Mayfly Outdoors, which has spent the last 10 years relaunching the brand, because it lost a lot of traction in the reel market when owned by 3M and Scientific Anglers, almost becoming a distant memory to fly anglers.

Mayfly Outdoors has also re-released classic Ross Reels with its Heritage Series. The first of these being the Gunnison, which was originally released to the public in 1988, quite possibly their most famous reel of all time. The most recent of these heritage releases being the infamous San Miguel, which was first released in 1997. 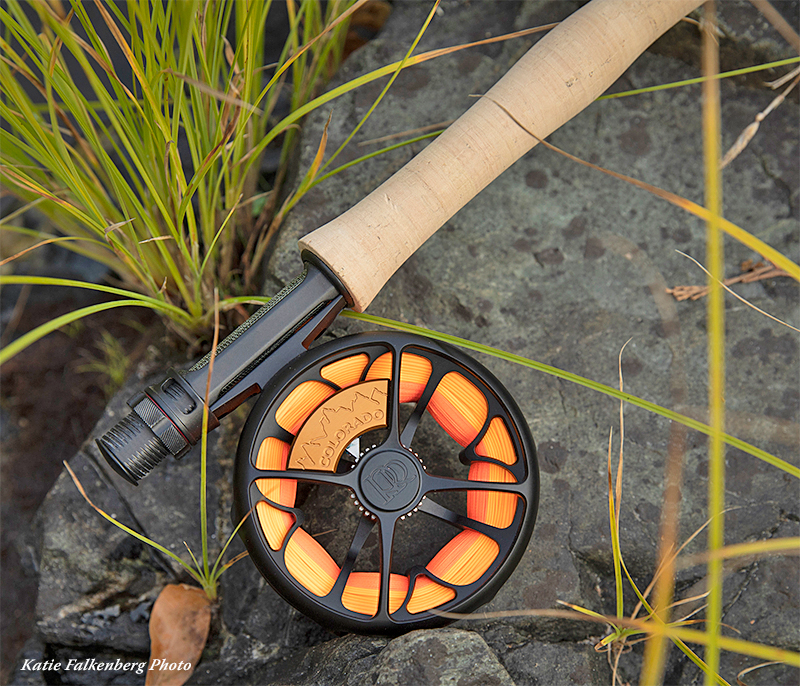 ROSS COLORADO
We did an initial product introduction on this improved reel back in November of 2020 (Ross Colorado Fly Reel Review) as it was being released by Ross. Not much has changed in our opinion of this great click and pawl reel. We would still mark this, after its initial release, as one of the best trout reels on the market. A bit too light to be the perfect Euro nymph reel, it is perfect for most other small stream trout situations.

Features:
The two sizes of this reel model weigh in at a mere 3.2 and 3.5 ounces respectively. The click and pawl brings back the original sounds and feel of reels with a modern flare. No need to adjust the drag since there isn’t one. The beauty of this reel is that it just works. Add your favorite fly line with some great backing and you are ready to hit the water. The curves and rounded edges are strikingly attractive. No longer hidden with your backing and fly line, the precision machining is out in the open for you to see and enjoy. The large arbor reduces line memory and increases your line pickup rate. They also added more porting, even to the reel foot, to decrease weight. The all-metal external clicker cover adds that special look to the back of each reel, with a machined silhouette of Colorado’s San Juan Mountains. This is a big change from its predecessor, which had the mountains hidden once you added backing and a fly line. At the same time, the placement of this metal plate adds appropriate weight to the reel next to the reel seat, giving it better balance with the rod. 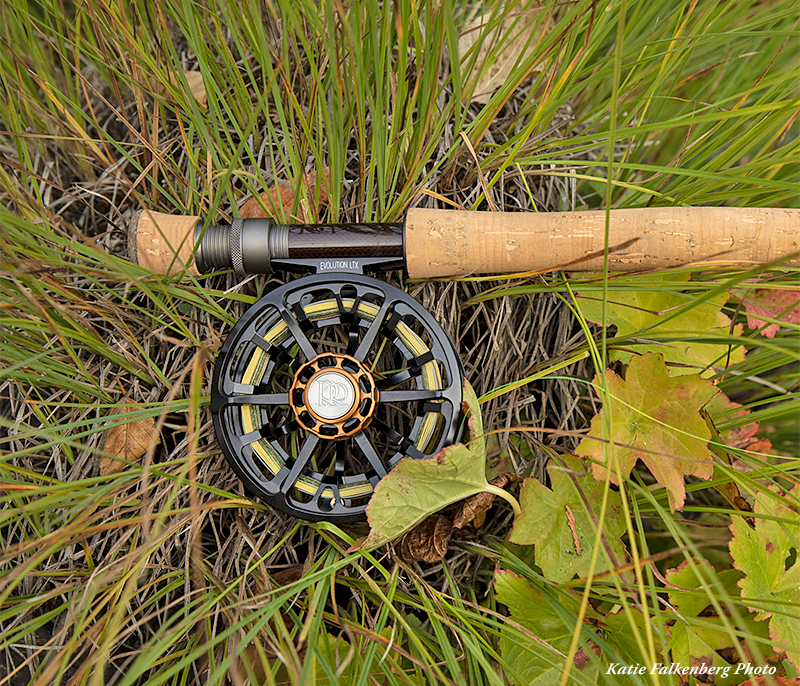 ROSS EVOLUTION LTX
This is by no means a new reel for Ross, but rather an upgrade to one of the most revered trout reels in history. The LTX replaced the LT with a new drag system that is four times stronger than its predecessor. The Evolution LT was first launched in 2009 and replaced in 2018. This reel is a beautiful combination of the old LT and the Ross Evolution series of reels and combines technology from the Evolution R to create an ideal reel for both freshwater and light saltwater use.

Features:
The large arbor spool includes an innovative line channel that cleanly hides arbor knots when winding on backing. This reduces the bulk and possibility of tangles when the beast on the end of your line takes you into your backing. The bell-shaped arbor design, the same on all Ross Reels, adds strength, while helping to self-level the fly line across the face of the spool as it is retrieved. Ross also added their innovative canvas phenolic handle, which reduces weight, adds durability, and increases grip when wet. They weren’t done there – Ross also took away any extra weight in this reel with their beautiful machining, even adding machined holes to the reel foot to reduce weight. 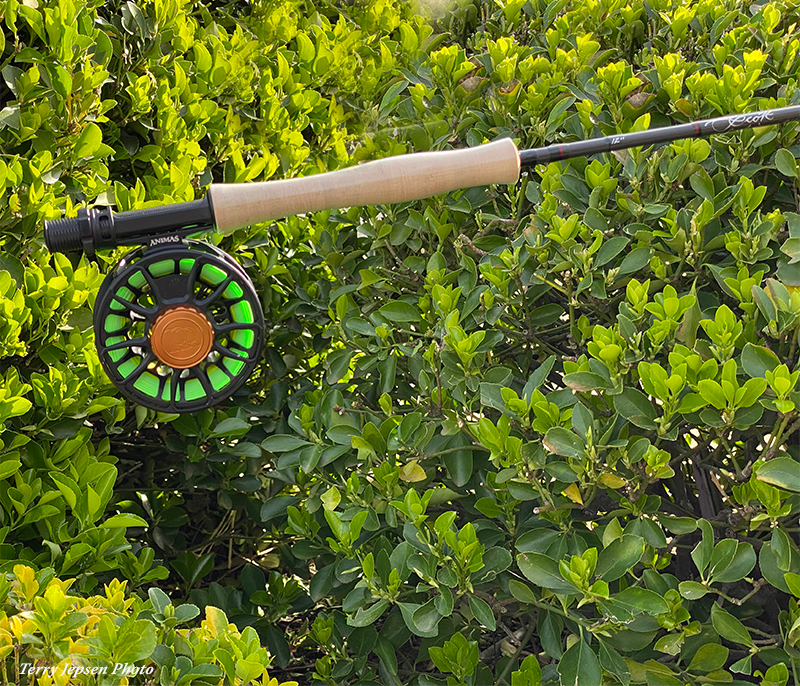 ROSS ANIMAS
A new name for a great old reel. The Animas is based on one of the most well-known reels in Ross’ lineup, the CLA. The CLA, short for Cimarron Large Arbor, was one of their top-selling reels in the early years of the 21st century. Ross brought it back big time with the release of the original Animas. Then, in 2019 Ross decided that the original Animas just wasn’t up to par with the rest of their reel offerings and did a complete redesign. They took all of the best features from the original reel design and combined it with their newest technology to create a reel any guide would be proud to fish and have their clients fish. This is the go-to reel for many of our retail staff and guides here at The Fly Shop® – it’s bomber!

Features:
Like the other newer reel designs from Ross, you get a beautifully machined reel that is super light in the hand. The machining on this reel shows off their cutting edge manufacturing techniques which give a great look and retain a low weight. What looks to be art actually helps with durability and strength. They’ve even added a small machined silhouette of the Colorado mountains, which looks good and helps balance the reel. You also get the innovative canvas phenolic handle, which reduces weight, adds durability, and increases grip when wet. The easy release spool gives easy access to the sealed drag and adds to the ease of switching retrieval directions. Ross also added a large two-tone drag knob to make it easy to adjust during the fight. 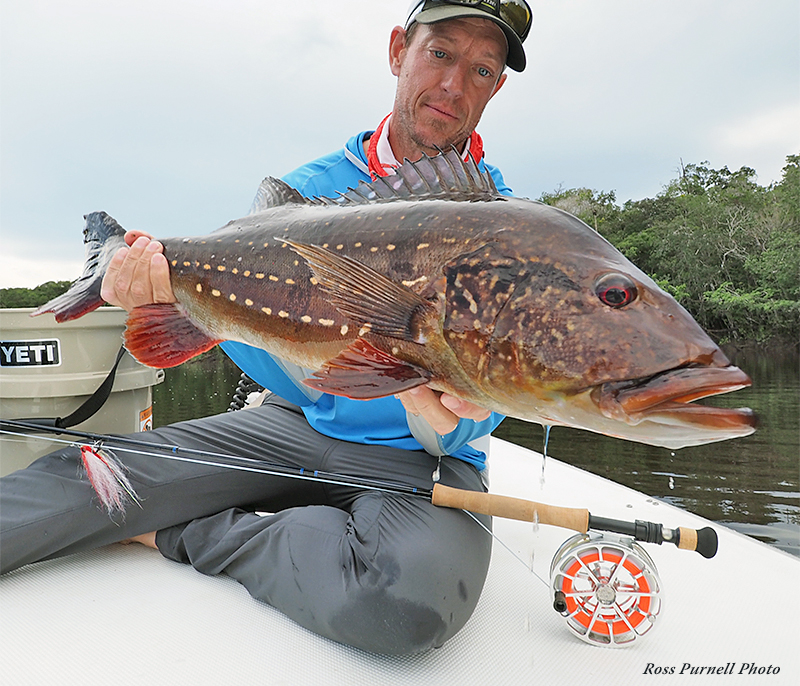 ROSS EVOLUTION R & EVOLUTION R SALT
Another excellent reel from Ross is the Evolution Series. The R and R Salt are two of the newer reel models in the Ross lineup. These models, depending on line size, are ideal for both freshwater and saltwater applications. This is Ross’ top-end reel and for good reason.

Features:
Both of these models come with a sealed drag system consisting of a stainless steel and carbon fluoropolymer disc system, which gives it more stopping power than other models. The unique, large, frame-integrated drag knob allows for easy on-the-fly adjustments with just the palm of your hand during long fights. Both models are saltwater safe with three drag seals for redundant waterproofing and a Type II anodization for the perfect balance of hardness and color. The start-up inertia is virtually non-existent to protect the most delicate of tippets or stop a speeding-away bonefish. Like all their reels, Ross also added their innovative canvas phenolic handle, which reduces weight, adds durability, and increases grip when wet.

Ross has been an innovative fly reel company for over 40 years, and their re-commitment to intelligent and elegant design puts them at the top of the list of modern fly reel companies. American designed, engineered and manufactured, these fly reels are some of the best on the market, and we couldn’t be prouder to offer their full line of reels.

If you are looking for a new, high-quality, American-made fly reel to add to your kit, we strongly recommend the Ross family of fly reels.

“SINCE 1973, ROSS HAS AND ALWAYS WILL STAND BEHIND THE QUALITY OF OUR PRODUCTS.”