Peacock bass is the common name in English for a group of closely related species of tropical, freshwater fish of the genus Cichla, native to the Amazon River basin of South America. Despite their name, these fish are cichlids, not basses.

Sport fishermen have made these cichlids prized game fish for their fighting qualities, so much so that many travel agencies now arrange fishing trips to Brazil and Florida specifically to catch peacock bass. Renowned American peacock bass fisherman and fishing author, Larry Larsen, refers to them as “freshwater bullies” due to their ferocious nature when hunting and their tendency to damage and sometimes destroy fishing gear when striking.

The most common techniques for catching these cichlids are similar to those for catching largemouth bass, with the notable exception that peacock bass usually will not strike artificial worms – a widely used lure among largemouth bass fisherman. In addition, fly fishing techniques, including lures such as poppers and large streamers, are becoming increasingly popular for catching them. Despite their popularity among anglers, some naturalists have identified peacock bass as potential pests for causing ecological imbalances in some of their introduced areas. 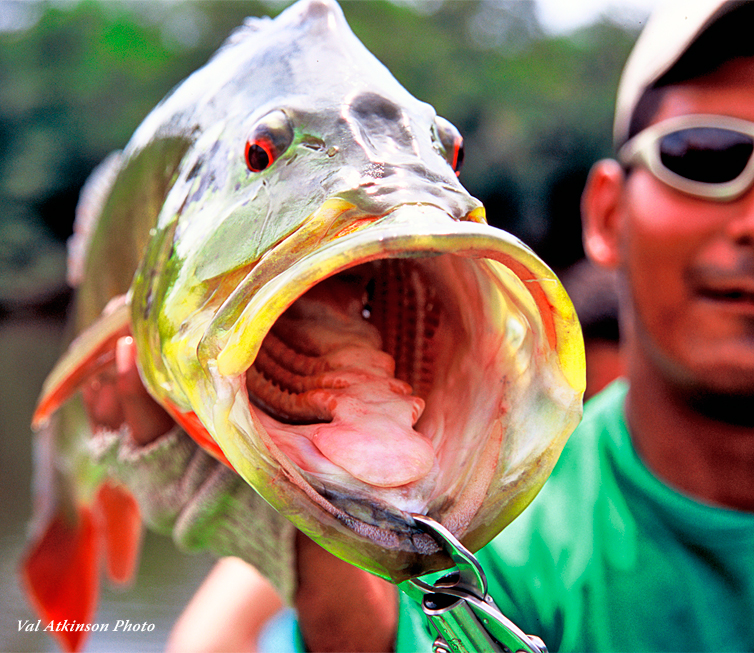 Agua Boa Lodge is situated high on a bank overlooking the Agua Boa River with the Amazon Rainforest on one bank and a natural savannah on the other. On the Agua Boa, the fishery revolves around the lagoons, inland lakes and river channel,...
Read More... 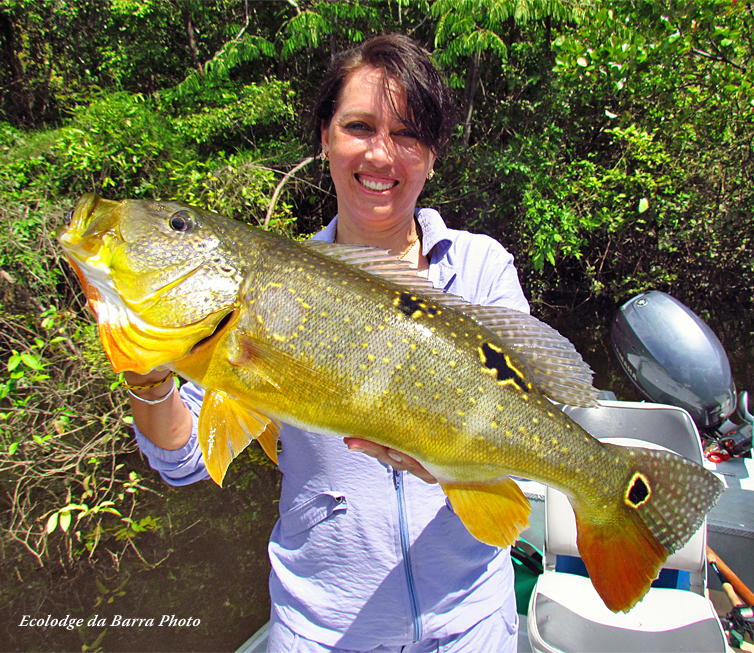 Ecolodge da Barra was founded by a group of hardcore Brazilian fishing enthusiasts who joined forces to provide anglers with one of the finest infrastructures for fly fishing in South America. Their deluxe floating lodge provides an...
Read More... 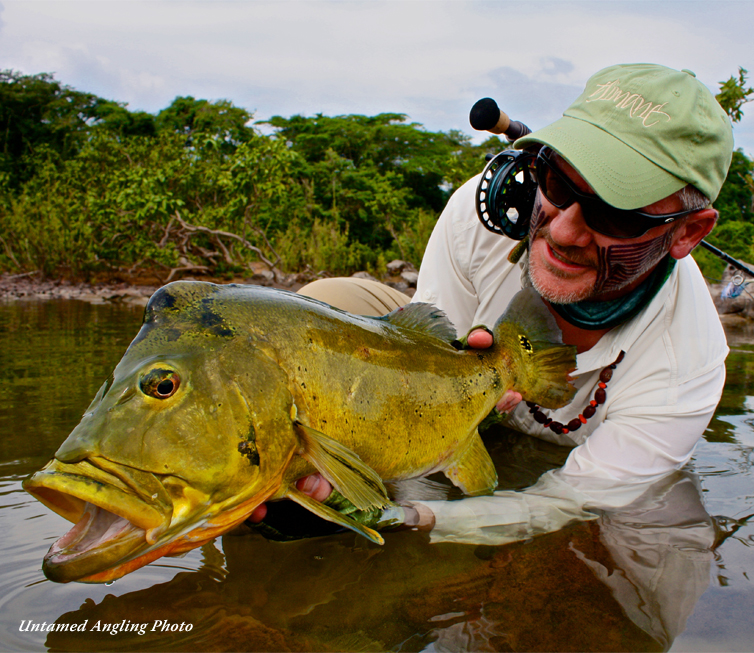 Kendjam is unlike any other trip you'll ever go on. It combines technical sight-casting opportunities in crystal clear rivers for a variety of different, super-exotic fish including pacu, matrinxa, wolffish, peacock bass, and many more with the...
Read More... 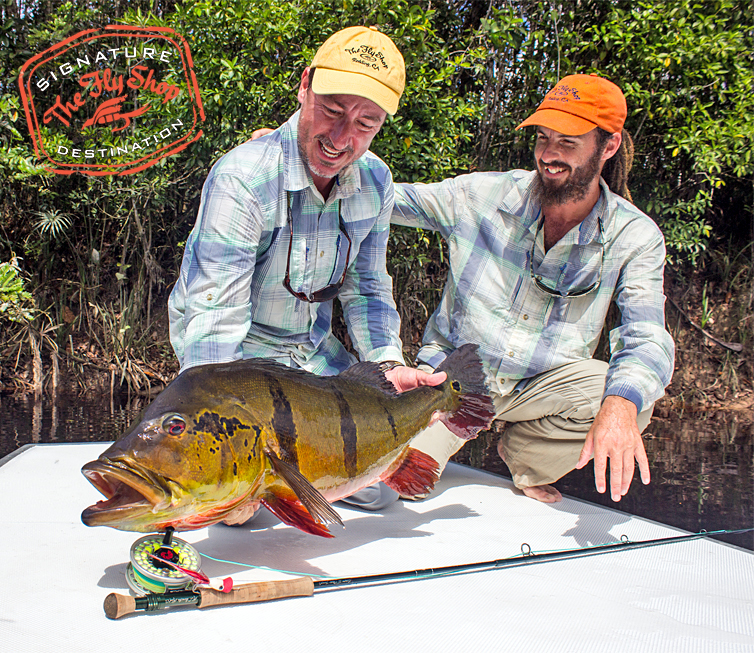 This is the ultimate Peacock Bass fly fishing experience. The waters of Rio Marié and its tributaries are scientifically proven to be the home of the largest peacock bass in the entire Amazon basin. More double-digit trophy Peacock...
Read More... 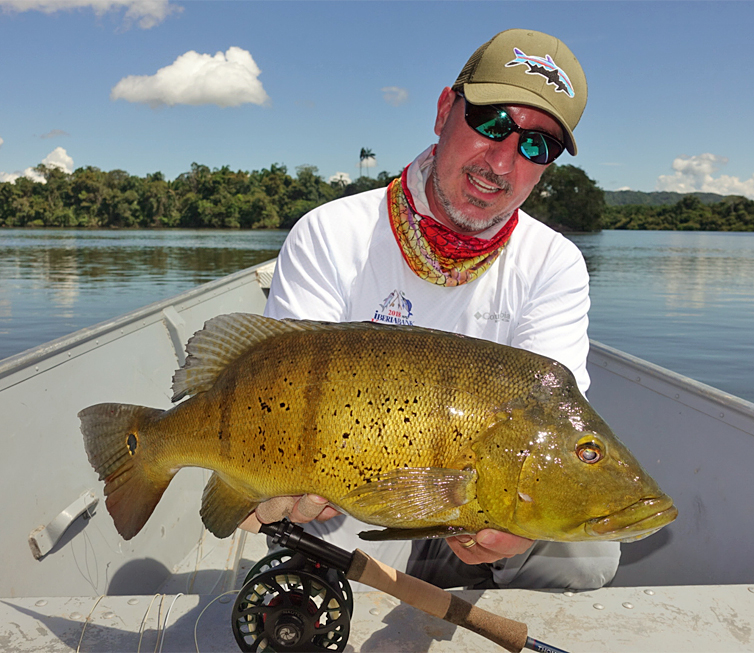 The Xingu River, much like the Iriri River at Kendjam, flows over granite bedrock, running clear and allowing for sight-fishing opportunities for a broad variety of species. Anglers will see fish sipping and rolling on the surface like trout – including insect...
Read More...