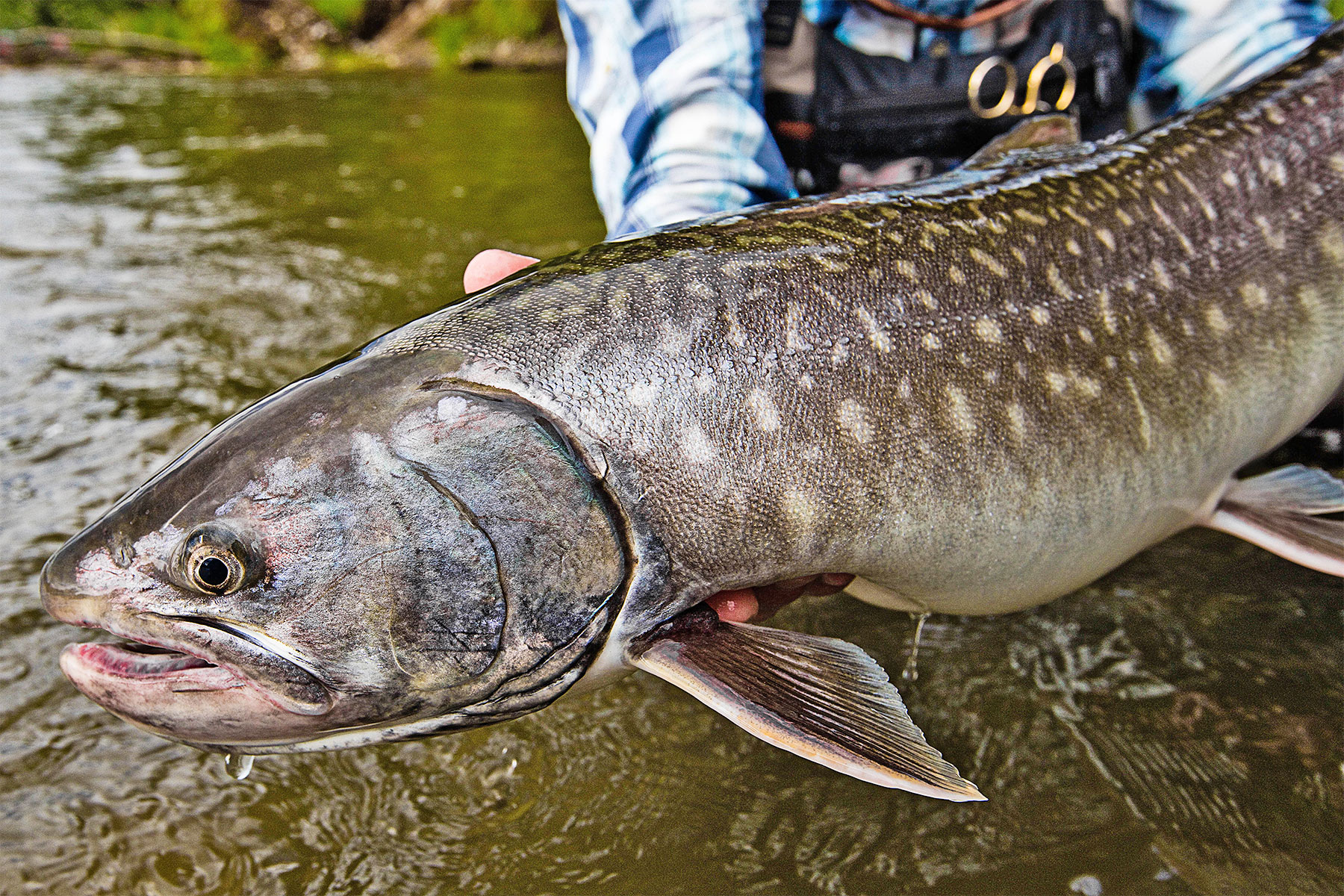 Salvelinus leucomaenis, the whitespotted char, is an East Asian trout in the genus Salvelinus, called iwana in Japanese. Both landlocked and ocean run forms occur. The landlocked form grows up to 14 inches, and prefers low-temperature streams. The seagoing fish can grow over two feet long. The oldest reported specimen was nine years old.

The Kundzha is a species of fish in the Char family, the same family as Dolly Varden, Brook trout and Bull trout. They are endemic only to the Far East, not existing on the US side of the Pacific. Also known as Siberian White Spotted Char, they may take different life histories, just like the rainbows they swim with in the river. Most of the rivers and streams of Kamchatka will have a resident population, fish that live in the river their entire lives, living on mice and salmon smolt, just like the rainbows. On a very select few of the rivers though, the Kundzha have evolved to become a sea going fish, just as rainbows may evolve to be steelhead, instead of just river trout. These sea run Kundzha can grow to be gigantic, averaging 10+ pounds and topping the scales over 20 pounds, and are aggressive and much better fighting than their resident counterparts.

The Kundzha are a ferocious fish. They will take the mouse from time to time, but they are much more inclined to eat fish, living on the salmon smolt and young Dollies that are so plentiful in the rivers of Kamchatka. They have a very toothy mouth with sharp teeth on the tongue as well, designed to hunt other fish, and not let them go. They are fast, attack hard and violently, making them very susceptible to the streamer fishing methods we employ on the Zhupanova River. 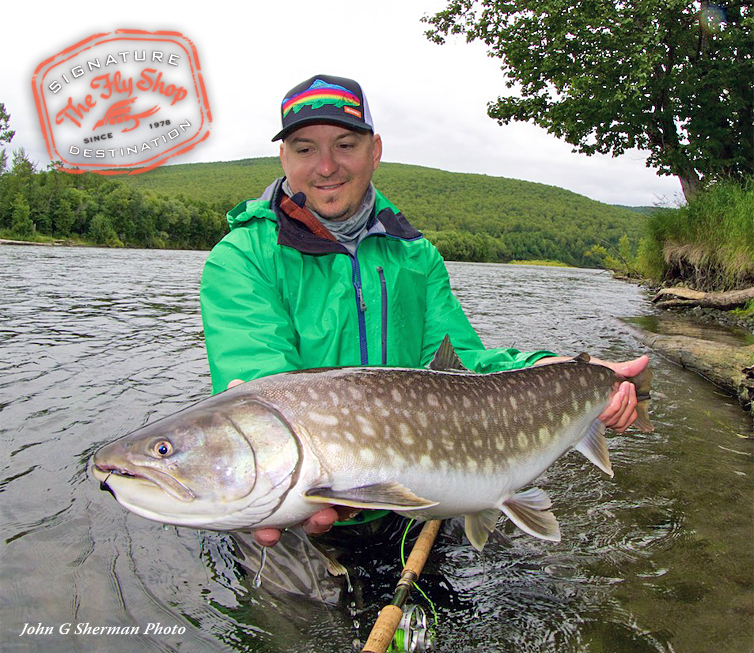 The comfortable, well-appointed Cedar Lodge is located in the middle of the world-famous Zhupanova River, surrounded by stunning wilderness. These middle sections of the river are below the end of the upriver float trips, and above the...
Read More...

We are excited to introduce two new, smaller rivers in the vicinity of the Savan into our Kamchatka portfolio of streams. The rivers are the Khetick, and the Uzhich. They join to form the lower Uzhich, which eventually flows into the larger Opala River (same river the Savan flows into) before meeting...
Read More... 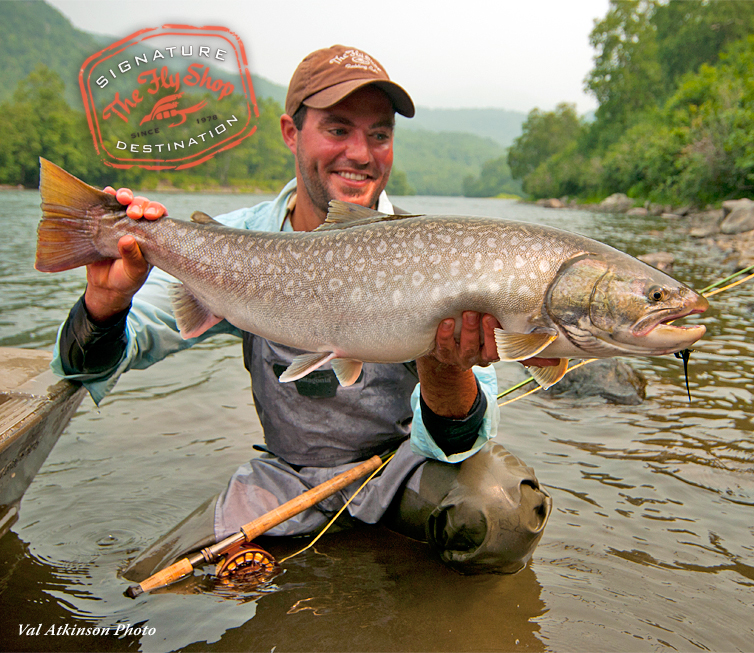 Zendzur Lodge sits on a shoulder of the lower Zhupanova River amid a thick forest of Kamchatka stone birch, in the shadow of snow-capped Karimsky volcano. Exceptionally large rainbow trout, untamed wilderness, and deluxe accommodations define this sensational...
Read More... 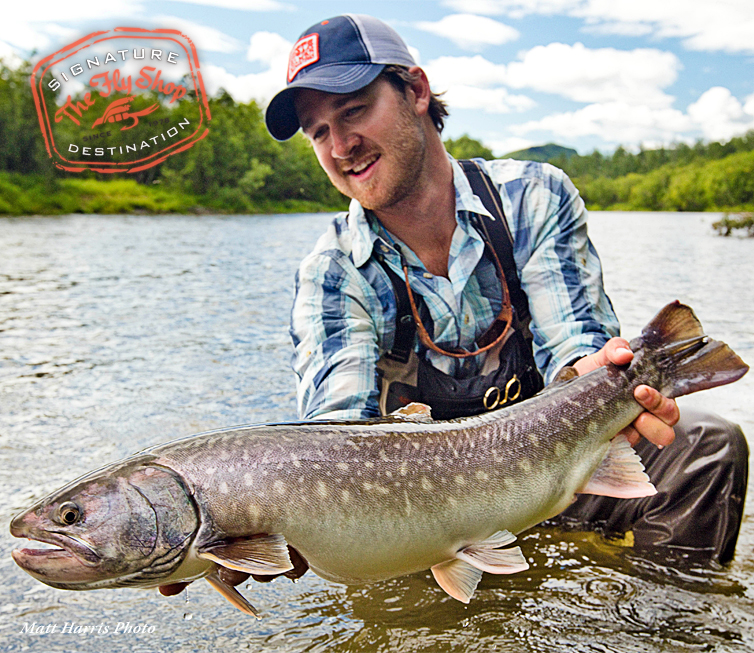 The Zhupanova is the legendary flagship river of Kamchatka that first put the region on the map. It has trophy rainbow trout fishing like nowhere else on the planet, and is a "lost world" of surreal beauty. It's headwaters flow through a massive, immaculate valley framed by...
Read More...