The Bulkley Basecamp King Camps are the newest edition to Epic Anglings portfolio. From the excellent outfitters of Frontier Farwest, in prime position on multiple drainages throughout the Summer Chinook run in BC, these ultra comfortable camps in the remote British Columbia wilderness are  built for the anglers who put the fishing first… But they will blow you away with what they have created this far out in the woods.

Chinook Salmon were not named Kings by accident. These are the most powerful and by far the largest of all of the Pacific salmon. Their range is wide, inhabiting many of the coastal rivers from San Francisco to Alaska… But the big trick is finding them in rivers that are shallow and you can get a fly in front of them when they are bright and fresh from the ocean… and this combo is not easy to come by. The rivers of the Bulkley Basecamp King Camps are among the best left on Earth.

For Kings, you have to dredge and get the flies right down in front of their faces. They won’t rise in the water column like many of the others like Coho or steelhead. You will need to get out the big sticks, 9wt and 10 wt two-handers, with Skagits and the T-17 and T-20 and get to work. Flies are usually big heavy and gaudy too, lots of pinks, chartreuse, orange, cerise, And purple and black.

The 2 main camps of the summer are the Kemano Camp and the Tyee Camp. Both are super remote, with access to each via float planes that will deliver you from Smithers or Terrace BC to the mouth of the rivers, landing on the salt water. From there, the guides will meet you with the jets boats and transport you the short way upstream to the camps. The tent camps are rustic but extremely comfortable, with wooden platform floors, and single occupancy tents to give you some private space. Latrine tents are dug as well, and elaborate tarp systems installed to enjoy outside dining, even during periods of tough weather… Expect an open and fully stocked bar to enjoy after a long day of searching for monsters. Guests can expect delicious hearty meals both at camp and on the river. Most importantly however, this is some of the finest Chinook fishing on Earth, on some of the Pacific’s most beautiful secluded and wild rivers!

In the summer the rivers are very stable, with some of the lowest flows of the year, post runoff, and before the rains of the fall that bring in the steelhead. Most days it can be downright hot, although both camps are in secluded closed and shaded valleys, making the fishing very comfortable throughout the summer season.

As with all swing angling, if you’re looking to catch obscene numbers of fish, this trip probably isn’t for you! Bulkley Basecamp clients generally average 1-3 hook ups per angler per day, but keep in mind this is not always the case! There are many days that accomplished anglers and good students will grossly exceed these numbers, and other days when even the best effort won’t come close to putting a fish on the bank. Chinook fly fishing is not a numbers game, it is about catching the most prized Salmon in the Pacific. Anglers willing to fish hard, listen to their guides, and put in a long day, will have the best potential of landing a trophy.

BC Chinook average 15 to 30 lbs, with chromers up to and exceeding 40 lbs caught on a semi-regular basis. The first fish arrive in Early July, and by mid month, top quality fly fishing is in full swing. The Kemano fishes first during this July Window, while the Ecstall fishes just afterwards, with run timing the very end of July and into the first 12 days of August.. So when is the best time to visit the the BBC for Chinook? The answer is whenever you have a shot during this window!

All guests that visit The BBC have Right of First Refusal for the following season, and many return the same week, year after year. If you are seriously considering a Chinook trip in BC, we recommend getting on the waiting list more than a year out. At the conclusion of the season, if some people release their rods, we will go down the list to fill in the new holes. Make your reservations as early as possible to avoid disappointment! It is extremely hard to get into a good BC operation at the last minute. 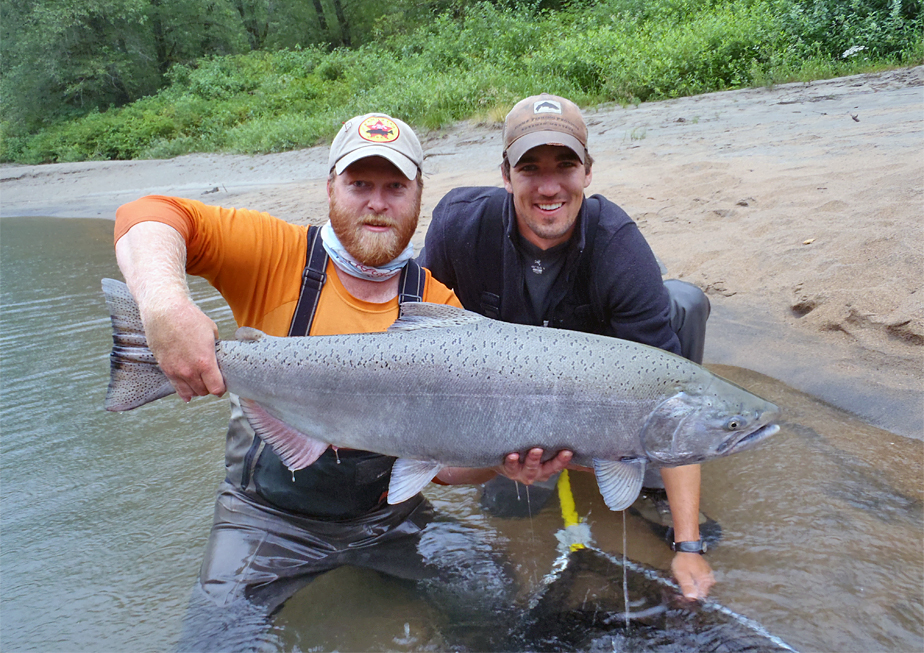 The cost of the week-long Bulkley Basecamp King Camps package is $7,000.00 USD per person (double-occupancy).

Included in your angling package at the Bulkley Basecamp King Camps is meet and greet at your hotel in Smithers on entry day, round trip transportation to and from the camp, guided fishing by jet sleds (there are NON Guided Days at Tyee Camp), accommodations, meals, and alcohol.

Not included in your angling package at Bulkley Basecamp King Camps are flights to and from Smithers, hotel accommodations and meals in Smithers, fishing licenses (approximately $250 USD per angler), and gratuities. 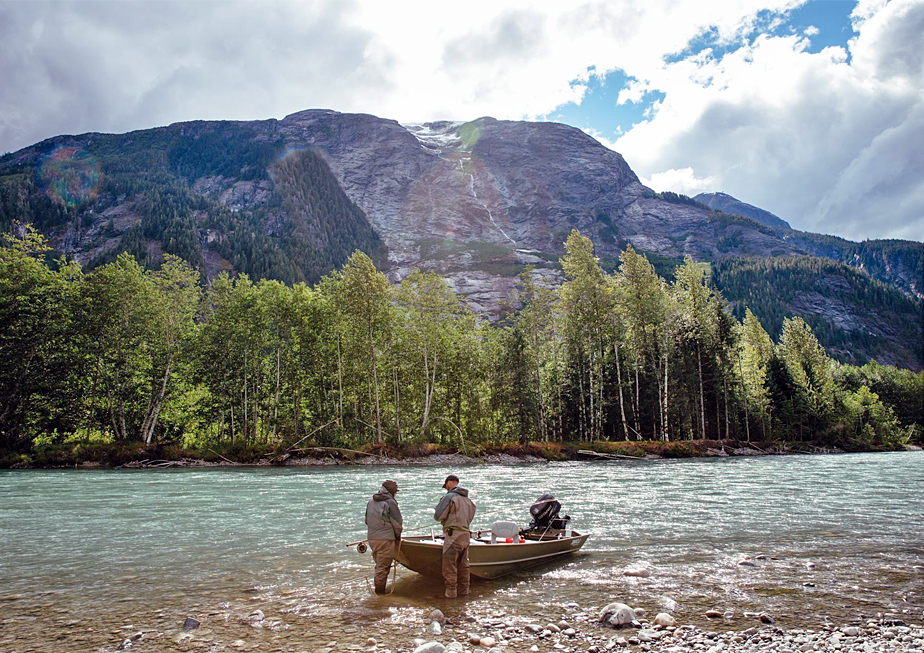 The main King season on the Bulkley River starts in early July and runs through mid August.

This is summer in BC, the warmest time of the year up North! You will still want to be prepared for summer rain squalls and cold evenings. At these latitudes, always come prepared for every eventuality! The rivers are very cold, from runoff, so be ready to properly insulate under your waders.

You will want sunscreen and deet for everything above water though! Summers bugs can be annoying in camp, but with deet, you will be fine. 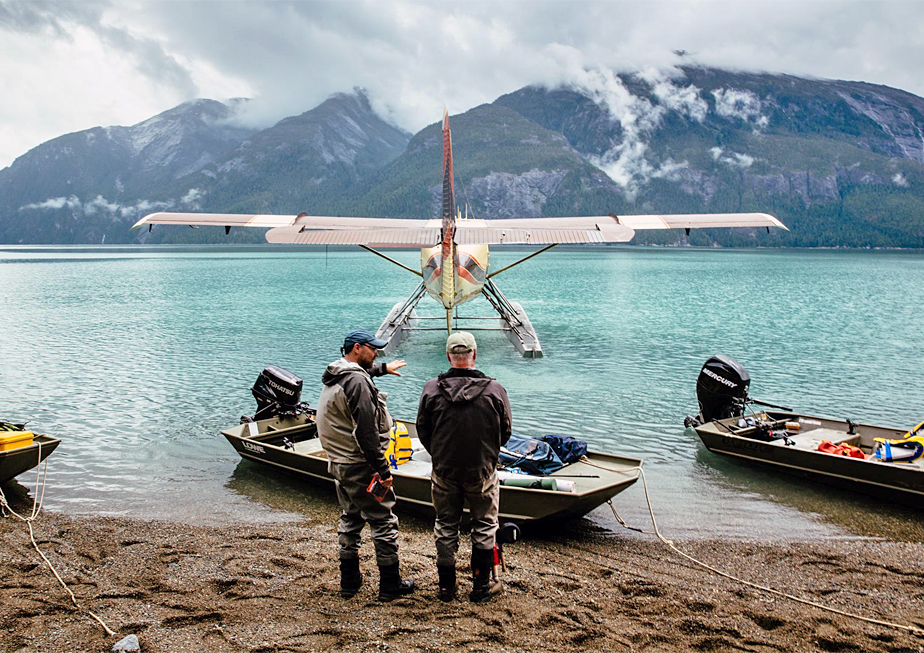 Getting to Bulkley Basecamp King Camps

Travel from Vancouver-Smithers can only be arranged now via Canada Air. Upon arrival in Smithers you will need to arrange a shuttle to get you to your hotel in town for that first night.

Please remember that you will need to coordinate transportation from the airport to your hotel if required to overnight in town before the lodge takes you in. Most Smithers hotels offer airport shuttles which you can

arrange with a simple phone call from the airport. Schedule your departure from Smithers for the early morning the next day after your full days of fishing. After breakfast, BBC staff will deliver you to the airport to catch your departing flight to Vancouver, usually departing at 8:30 am, arriving 9:37 am (weather depending). 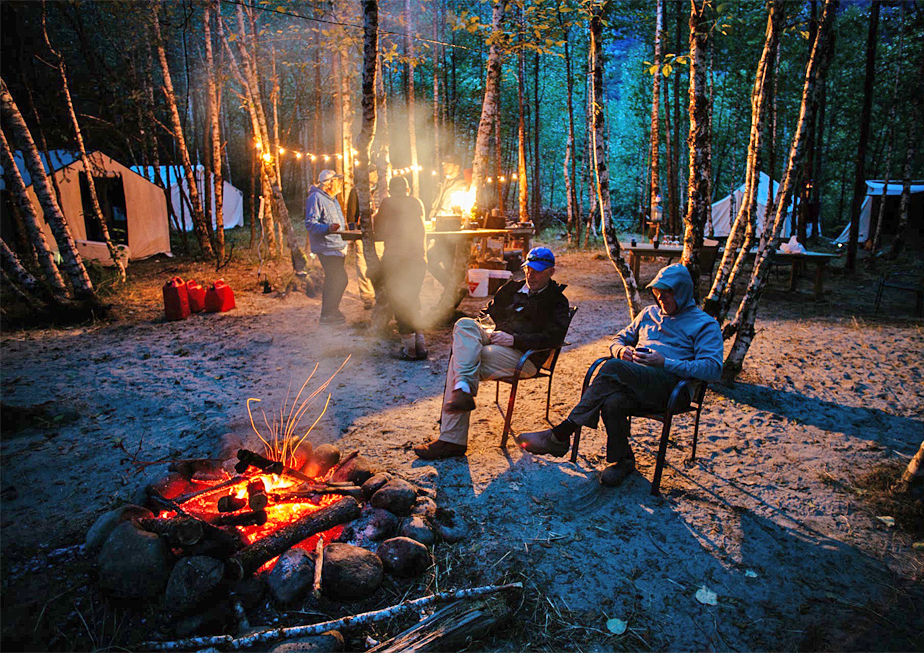 The Bulkley Basecamps are located on ultra remote stretches of river, requiring extreme open water or ocean crossings, or float planes for access. The Camps have a very comfortable, warm, and inviting atmosphere and were built in the best locations on the river for comfort and access. Both were chosen for having exceptional home pools, as well as close to the water, but on high ground, and good shade and cover. Perfect in every aspect for wilderness camps, nothing will be left to desire! With a max capacity of 8 guests and the Kemano and only 4 at the Tyee camp, camps always feel small and close and never overcrowded.

Your days start with a wake-up tray of juice and hot drinks served in your tent. You may order eggs to your choice, cooked to order, with a variety of other breakfast options. Lunch is served on the river accompanied by hot homemade soups, and your selection of drinks. After a full day of fishing, enjoy a hot shower, and relax. Fishing tales can be heard nightly around the fire, while camp staff serves you delicious hors d'oeuvres. The gourmet food will impress you for being in “a Camp”. Wine, beer, bread, fresh fish, succulent steaks, desserts and more… dinners have it all, and leave nothing to be desired.

Our daily schedule is flexible. If you want to wake up at first light and fish until dark, the relentless guides of the BBC will gladly accommodate. However you can also sleep in and have a leisurely outing if that is what you desire. BBC staff will always work hard to accommodate all your needs.

The guides carry satellite telephones on all trips to ensure your safety. 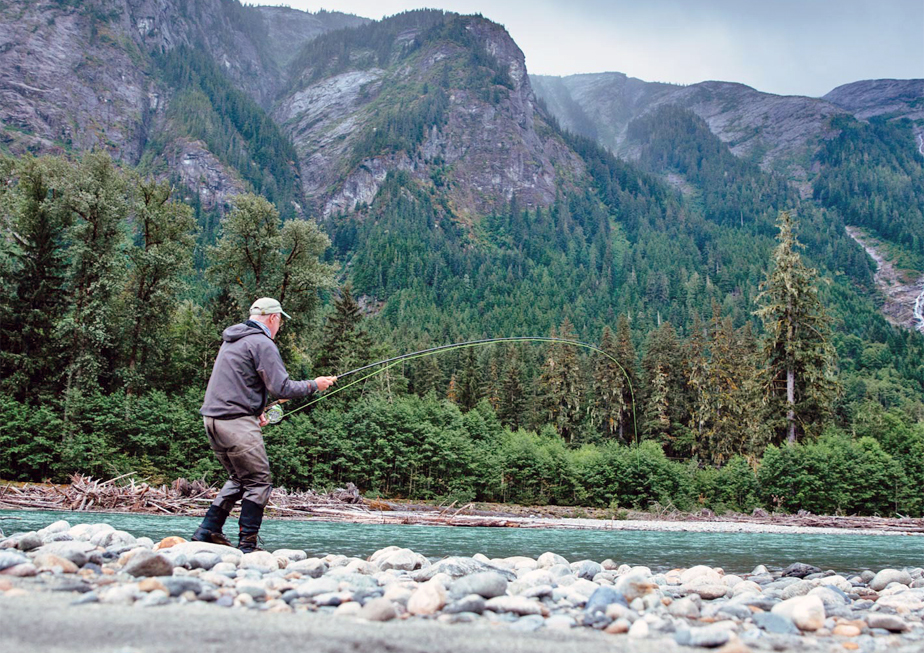 Each day anglers will rotate on different sections of the river, but you will all share in the famously great pools, enjoying passes through your favorites everyday if you want. Guides will get you access to the best pools on the rivers by jet boat, by far the best way to keep you in the “A” water. Days are long at at the BBC to maximize your Chinook catching potential. You will have 6 Full days of fishing on the river you choose.

Bulkley Basecamp prides itself on having assembled an elite guide staff that possesses the instructional skills and knowledge of the rivers to ensure an amazing experience!

• The rivers we utilize in Northern BC are home to some of the strongest runs and largest Chinook left in the Pacific. The average king on these rivers is 20 to 30lbs, and tyee’s over 40 pounds are hooked weekly on some of the rivers. This all adds up to there being no better rivers on planet Earth to catch the largest salmon of your life on the fly.

• Guests at the Bulkley Basecamp enjoy deluxe, full service tent camp accommodations in a totally remote wilderness location. Single occupancy tents give you privacy and comfort. Enjoy the large cots with heavy duty mattresses and fresh linen liners in heavy flannel sleeping bags, no mummy bags here. And these guys make the best meals you have ever had in a camp. The full open bar rounds out everything you need in life on the river. These mobile camps keep you in perfect comfort, nothing to want, but also keep you on the water, in the most remote locations that you could never access from fixed lodges.

• The guides of the BBC are second to none. Amazing jet boat pilots, these guys provide easy access to the best water all day, everyday. They are also great instructors, with tons of experience to improve your swinging and casting game, and know the water like the backs of their hands, maximizing your potential productivity on the water. 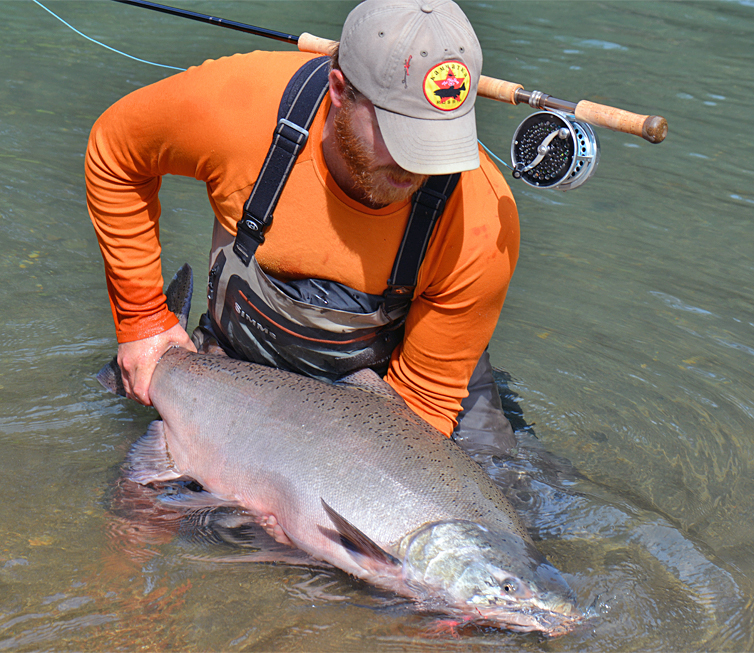 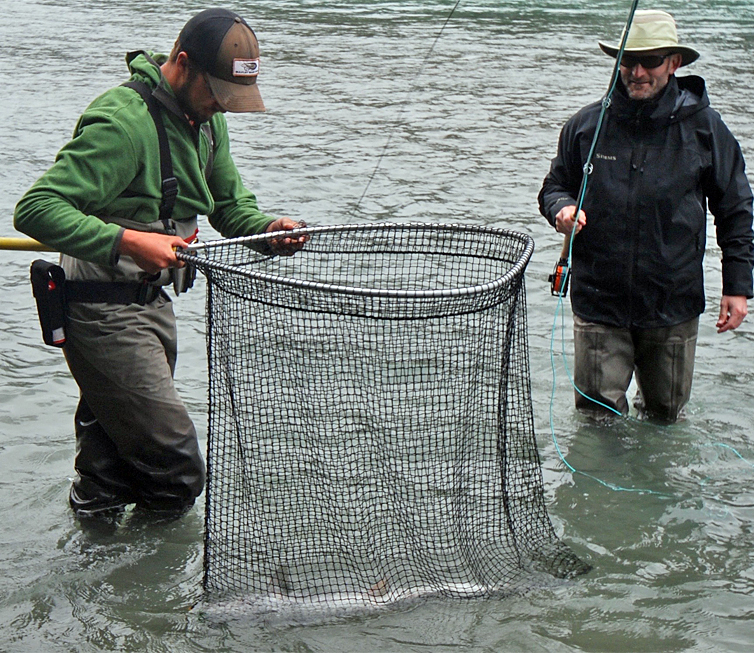 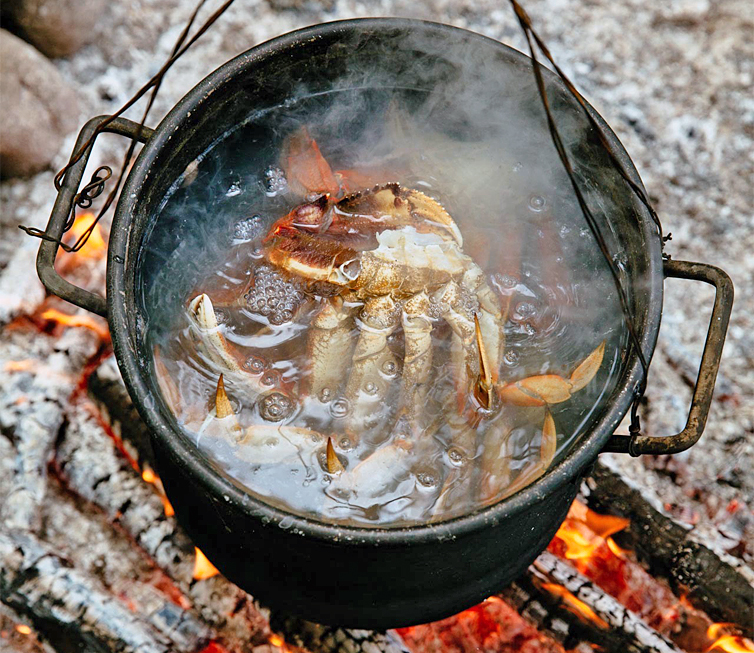 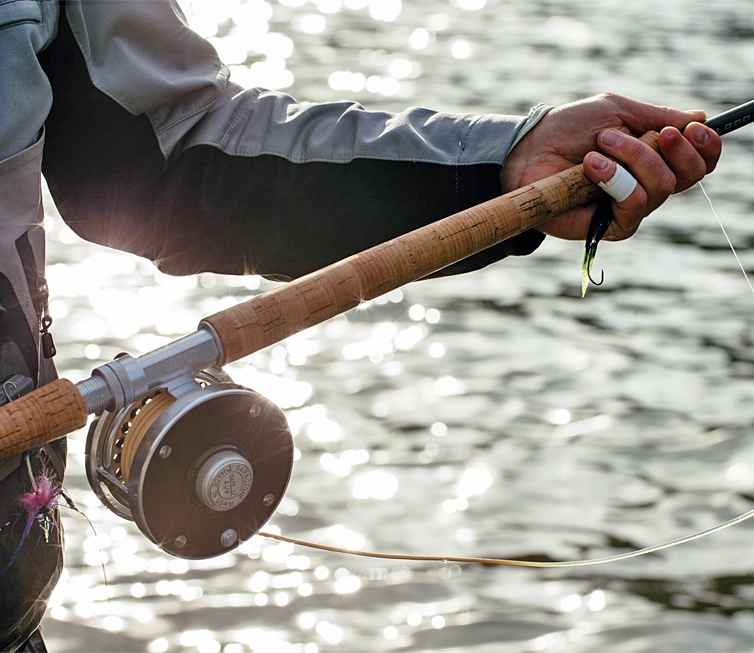 Included in your angling package at the Bulkley Basecamp King Camps is meet and greet at your hotel in Smithers on entry day, round trip transportation to and from the camp, guided fishing by jet sleds (there are NON Guided Days at Tyee Camp), accommodations, meals, and alcohol.

Not included in your angling package at Bulkley Basecamp King Camps are flights to and from Smithers, hotel accommodations and meals in Smithers, fishing licenses (approximately $250 USD per angler), and gratuities.