Mike is the nicest person in the world. If you don’t agree, we’ll eat a #8 Gold Bead Biot Poxyback Stonefly.

Mike Mercer is one of those guys who gives the world around him his full, undivided attention. Imbued with grace and tireless in his lifelong pursuit of fish on a fly, he’s a danger to fish everywhere, and an unmatched authority when it comes to honest, objective advice about the great fisheries of our planet. 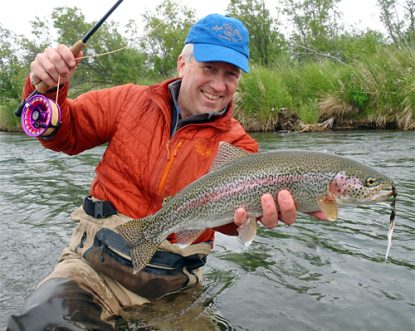 In 1978, an 18-year old Mike Mercer became the first employee of The Fly Shop®, at that time a rag-tag, one-room, hole-in-the-wall with a few hundred flies and a couple rod outfits for sale. In no time he came into his own as a fly fishing and fly tying prodigy, spinning out tips and flies for the waves of California anglers streaming through the shop on their way to NorCal’s famous trout waters. As he began to guide on Hat Creek and Fall River, his reputation as a revered and highly skilled angler grew. People sought out Mike’s advice because it was the best you could get.

In his twenties, Mike began to publish an ever-expanding number of fly patterns. His “Poxyback” mayfly and stonefly nymphs, “Z-wing” caddis series, as well as myriad dry fly, sculpin, leech and mouse patterns quickly became standard trout-getters all over the West, and later abroad. His particular genius with flies lies in innovation, in “seeing” with the mind what will work, and then realizing it in the vise.

As a writer, Mike has a natural, easy-to-understand style, and a generation of fly anglers grew up on Mike’s regular articles in Fly Fisherman and throughout the fly fishing press. His love of fly tying culminated in the 2005 best-selling book, “Creative Fly Tying“, in which Mike guides the reader through his most famous patterns, as well as his approach to creating new patterns. 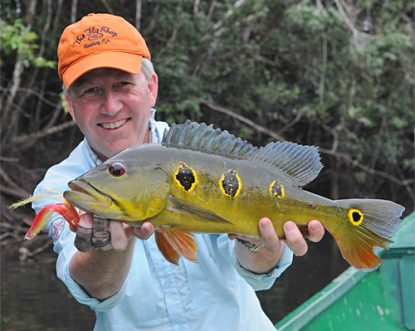 For much of the 80’s and 90’s Mike was The Fly Shop’s retail store manager, overseeing the first boom years of the shop as the national catalog business grew exponentially. During this period, Mike also began to make annual pilgrimages to Alaska, fishing and exploring the deepest corners of the most far-out waters. In those days the fly fishing travel community was very small, everyone knew everyone, and Mike Mercer’s calm, joyous, ethical approach helped solidify many of the partnerships with Alaskan outfitters that The Fly Shop® proudly maintains today.

In the late 90’s, Mike began to travel more extensively and further afield – to Chile, Argentina, Tierra Del Fuego, Kamchatka, New Zealand and all around the tropical salt water world. His in-shop focus today is to share his incredible wealth of fly fishing knowledge and first-hand experience with our customers, as they plan their own fly fishing adventures. Like all of our travel specialists, Mike stays up-to-the-minute with all our destinations but keeps a special area of extra-expertise: There’s no one that knows more about Alaska and Chile, period. And he is one of our most objective and valued judges when it comes to honing in on new or overlooked fishing destinations around the world.

But above all, Mike is the nicest person in the world. If you don’t agree, we’ll eat a # 8 Gold Bead Biot Poxyback Stonefly. 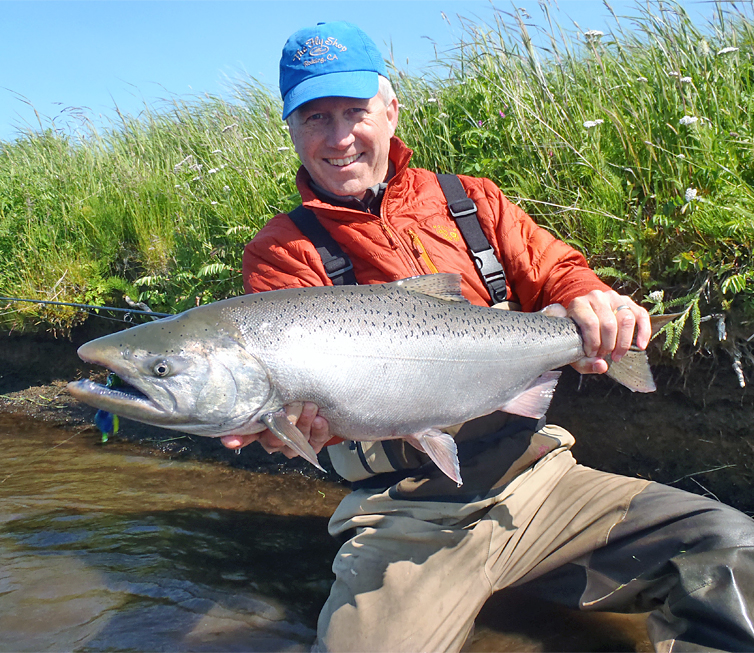 A quick and easy late morning flight on Delta delivered me from Sacramento to Seattle to Anchorage, arriving in plenty of time to check into my room at the Lakefront Anchorage, freshen up, then walk downstairs and enjoy a wonderful sweet-and- sour halibut dinner in the hotel's waterfront restaurant. If I was a drinker I would have strolled 100 feet over to the hotel's highly popular bar, after dinner, to watch sports and enjoy a favorite libation. Instead, I took a nice long walk down Seward Ave, enjoying the floatplanes taking off Hood Lake in the full daylight of 10 pm (Alaska in early summer) and burning off the giant ice cream sundae...
Read More... 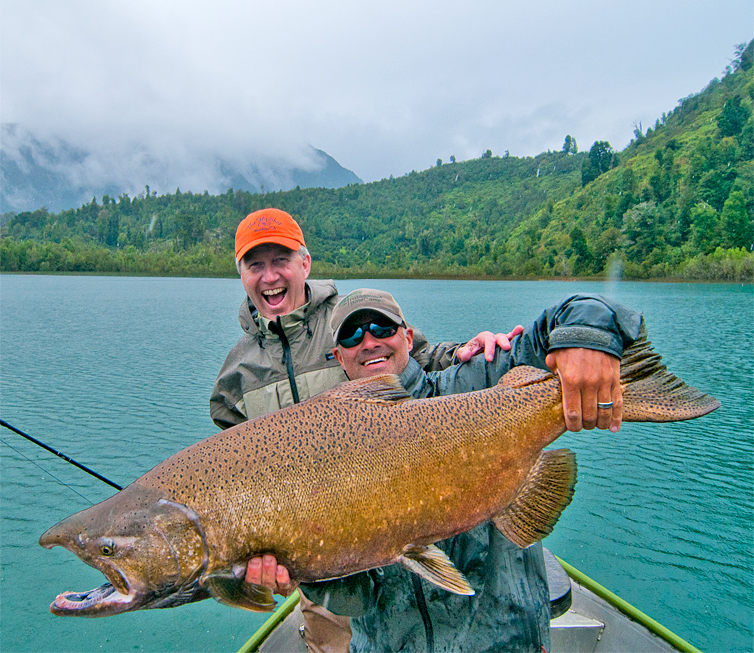 Our first fishing day at Patagonian Basecamp we floated the Rio Claro Solar, also known as the Rio Quinto, a modest-sized stream large enough to float, but far from big water. It's beautiful, crystal clear water, filled with downed trees that harbor big trout. Greg Bricker was our guide, and we hit it off well - an excellent instructor who taught me a great trick to improve my streamer fishing hookups (keep stripping until you come tight to the fish, and never lift the rod to strike - same as bonefishing). We floated in a self-bailing cataraft with comfortable seats fore-and-aft for anglers, and the guide rowing from the middle. It was...
Read More... 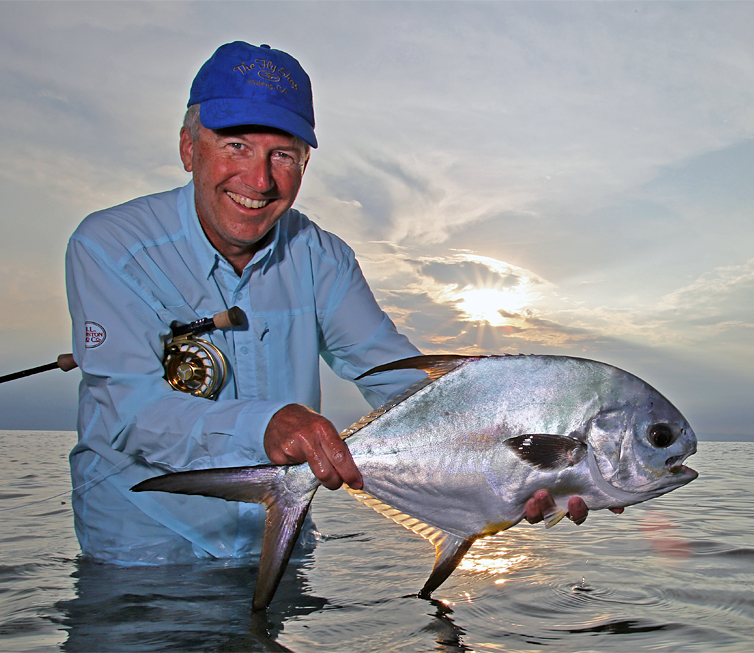 Late in the summer of 2015 we were visited by a gentleman representing an operation called Thatch Caye Resort in Belize. Most interesting to us was that they had locked up the services of legendary permit guide Lincoln Westby and his crew of guides to fish any and all anglers visiting their place. After some back and forth it was determined that we should check the place out, and I was the only one free to make the trip. I'd fished with Lincoln before, and knew I was in for a treat...

So on the 22nd of September I left Sacramento...
Read More...