The arapaima, pirarucu, or paiche are any large species of bonytongue in the genus Arapaima native to the Amazon and Essequibo basins of South America. Arapaima can reach lengths of more than 2 m (6 ft 7 in), in some exceptional cases even more than 2.5 m (8 ft 2 in) and over 100 kg (220 lb). The maximum recorded weight for the species is 200 kg (440 lb), while the longest recorded length was 4.52 m (15 ft).

Arapaima are the largest scaled freshwater fish in the world, reaching lengths of up to 9 feet long and weighting up to 440 pounds. They are an air-breathing fish, resembling tarpon in both size and shape, though with more coloration and distinctly prehistoric fins. They have a wide, scaly, gray-hued body and a tapered head, often with deep red coloration along their fins. Arapaima can stay underwater for long periods of time (up to 20 minutes), but they tend to hold closer to the water’s surface where they can hunt smaller fish. When hooked, they are acrobatic fighters, leaping repeatedly out of the water and making long, reel-busting runs well into the backing.

The arapaima has a fundamental dependence on surface air to breathe. In addition to gills, it has a modified and enlarged swim bladder, composed of lung-like tissue, which enables it to extract oxygen from the air.

Top on the list of new fly fishing experiences may be fishing for Arapaima, the largest scaled freshwater fish on Earth. And there’s no better place in the tropics to try your hand at landing these monsters than the inland lakes of Pirarucú. 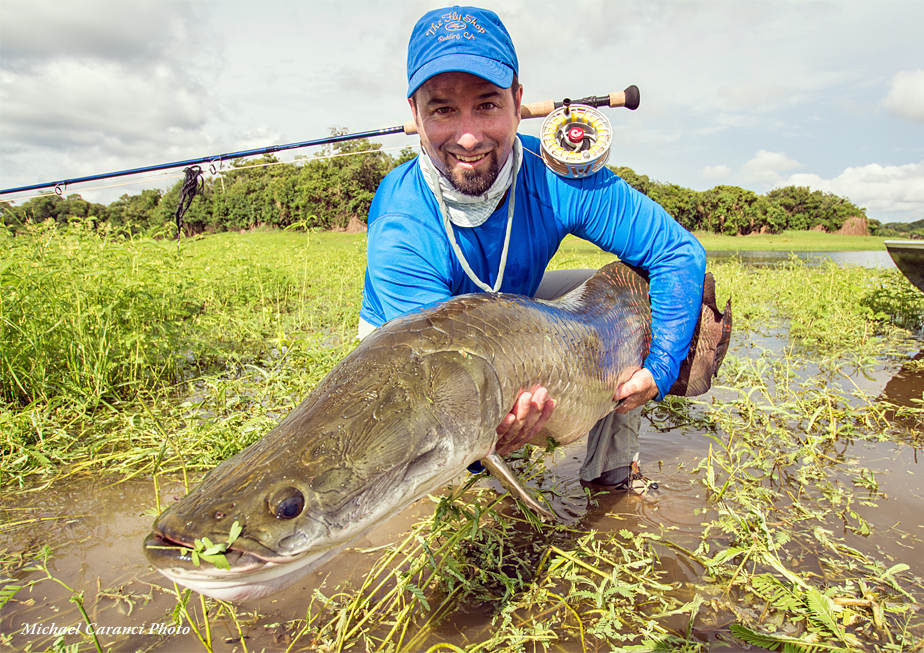 Anglers exploring Pirarucú will fish both the inland lakes system - formed in the rainy season from January through June when high water floods the inland jungle areas, then drop during the dry season - and the system of channels that remain to connect them all to the main waterways.
Read More...