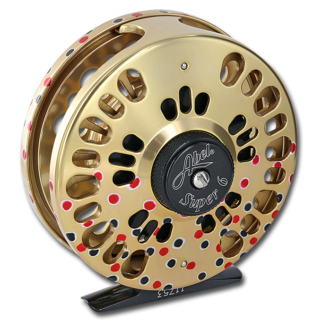 A Look at Abel’s Advancements in Fly Fishing Reels

Over the past several years Abel Reels has redesigned their entire lineup of fly reels. Many of you remember Abel’s original series of fly reels, including the infamous 3N, a standard for serious permit and bone fisherman for years. And don’t forget the  “Super Series”, which helped put Abel on the map and possibly responsible for more IGFA world records both in fresh and salt water than any other reel. This workhorse of a reel, with new modifications, is still in production. But recently, Abel has redefined the reel industry with the introduction of their Sealed Drag Series, the SDS (saltwater) and SDF (freshwater).

Abel’s debut of their first Sealed Drag reel was in 2013, a completely new drag re-design from their classic exposed cork drag system. At this time Abel was working with Joe Saracionne to engineer and create something unique and different. This reel stayed in the line up for a couple of years before Abel took the sealed drag concept to a higher level.

Abel’s newly designed drag system was first installed on Abel’s SDS (Sealed Drag Saltwater) reels. Not long after, the newly introduced sealed drag reels took the industry by storm. The SDS was winner of the best new saltwater reel at the 2016 ICAST/IFTD and the SDF followed suit as the winner of the best new freshwater reel for 2018 by Fly Fisherman Magazine and Best of Show at the 2018 ICAST/IFTD. 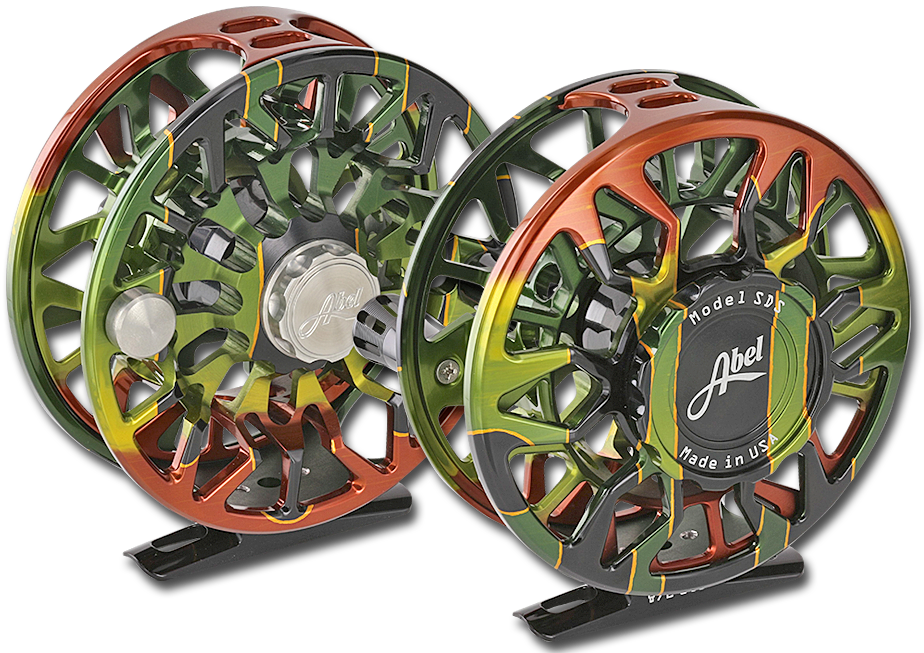 Takes all the power, reliability, and smoothness of its little brother the SDF and melds them in a significantly beefier module capable of slowing down or stopping the most powerful saltwater gamefish in the world. A unique multi-disc drag system utilizing stainless steel and carbon fluoropolymer disks gives the reel an enormous amount of drag resistance, an industry leading 20+ pounds of braking power and adjustment range almost three times greater than its predecessor, with virtually zero start up inertia. Most modern fly rods will explode with 20 + pounds of braking resistance. The drag system is completely sealed from the corrosive and damaging elements encountered in saltwater environments.

With the introduction of the SDS series of reels, Abel didn’t want to just create another saltwater reel, they wanted to create something that would last a lifetime and become a family heirloom. And they have done that in spades. This is the finest saltwater fly reel on the market today. It’s simply a better tool.

Not to leave the freshwater enthusiasts without a quality sealed drag reel, in 2017 Abel introduced their SDF reel, specifically built for heavy freshwater applications as well as light saltwater. Designed after the award winning SDS Sealed Drag Salt Series, the freshwater version has a drag that can stop a car yet can be fined tuned to protect the lightest of tippets with its infinite drag adjustment range. You might ask why would someone need a Sealed Drag reel for freshwater fishing. The answer is twofold. First not all freshwater fisheries are exclusively freshwater, meaning brackish or high alkaline water. Second, water, fresh or salt, is damaging. Keeping water out of your drag system ensures flawless operation. With its 100% sealed drag system the SDF 6/7 can be used both in Kamchatka Russia for bruiser rainbow trout as well as stopping the biggest bonefish on a flat on Grand Bahama island - One reel for all. 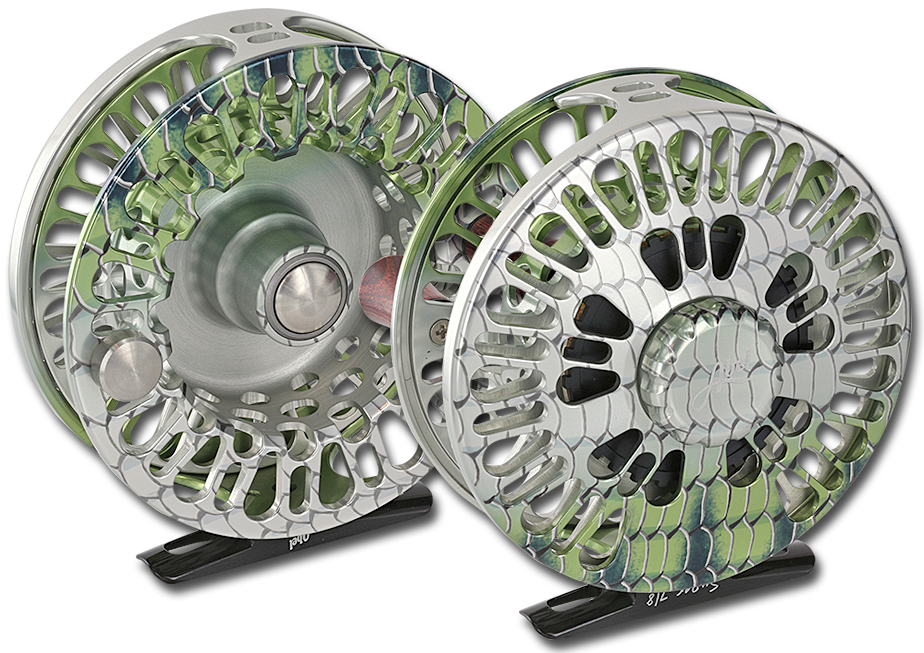 The legendary Abel Super Series reel went through a major revamping in 2017 and was reintroduced featuring some advanced updates. The proven cork drag was kept, however they made the removal of the spool simple and easy, requiring no tools. The old models required a screwdriver or coin to move a nut which allowed you to pull a pin out, surrounded by a heavy recoil coil spring - three parts. We can tell you by experience trying to remove the spool on an old Abel Super reel, bobbing around in a boat in the middle of the ocean was an anxiety ridden experience. But that’s all history now, with a twist of the drag knob the spool is free to be removed with no moving parts to keep track of - brillant!. The new Supers keep with the look and feel of the original, incorporating the proven drag system while keeping moving parts down to a minimum. If you are old-school on your fly reels, the newly designed Super Series is your go to. 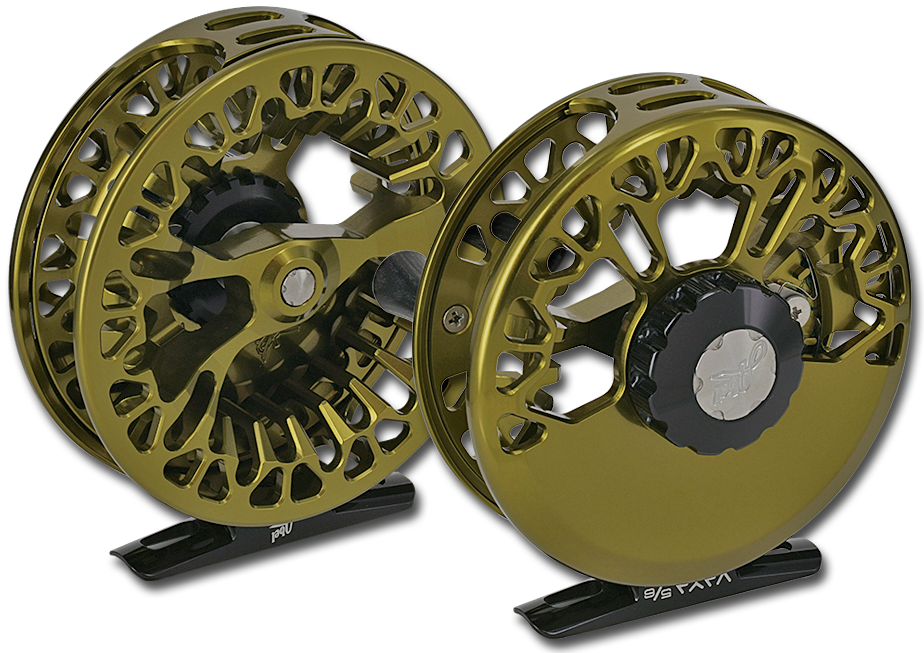 VAYA = Spanish for ‘Go!’, as in go outside, go explore, go fishing
The Vaya, released in 2019 is a high quality mid-priced reel built for freshwater angling. This reel brings the same aesthetic as their higher end reels, but with a much smaller price tag. The partially-ported frame offers the unique combination of minimized weight, incredible rigidity, and just enough surface area to highlight Abel’s hand-anodized finishes. The frame interior also features varying sets of CNC-milled fly patterns, relevant to each size of reel. The Vaya is a techy looking fly reel, with modern artistic flair, and all the engineered reliability and functionality synonymous with Abel Reels. 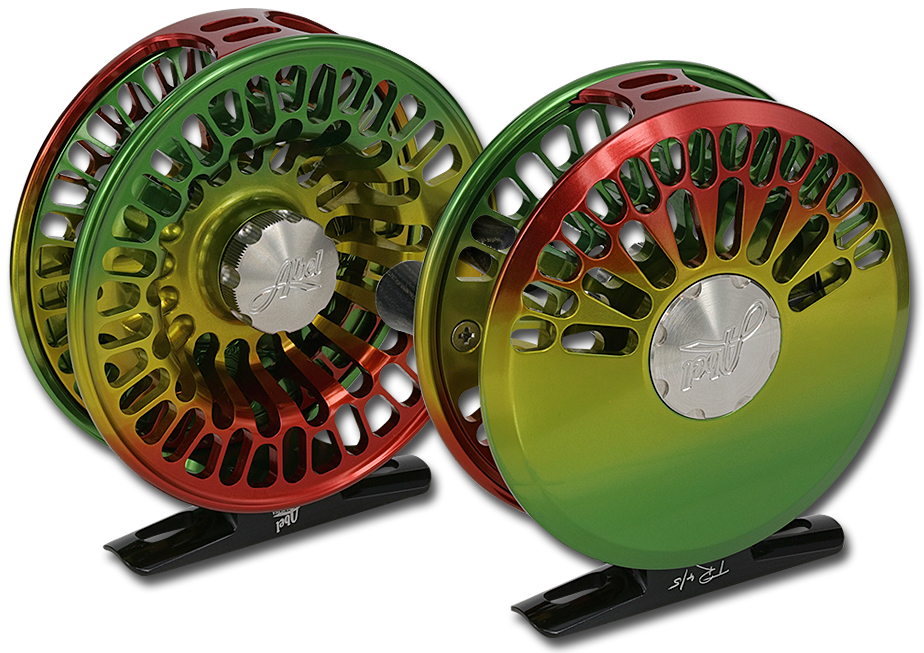 Best of Show “Fly Reel Freshwater” at the 2019 International Fly Tackle Dealer Show
Brought back by popular demand in 2018, the new TR is not much different than the original model that purists fell in love with years ago. Abel made some minor tweaks to the new model TR, but the vital parts of the reel remain the same, including the sweet sounding click and pawl drag. We feel the TR is arguably the most beautiful click-pawl reel on the market and fills a special niche in traditional fly reels. Instead of being cast from aluminum magnesium, the TR is machined from solid bar stock aerospace aluminum with an integrated precision-balanced clicker on the spool eliminating the need for a counterweight. All of which creates a clean, beautiful and classic looking trout reel you would be proud to show off on your favorite trout creek. If you love the sound of a screaming reel and the hands on control of an overrun by a speeding trout, look no further then the Abel TR, it won’t disappoint.

• Excellent euro nymphing reel
• Sweet sound click-pawl drag
• Only 21 meticulously machined parts ensure a lifetime of dependable use
• Partially-ported frame for the perfect balance, sound, and aesthetics
• Designed & machined by trout junkies
• 82 colors and graphics to choose from
• Made in the USA